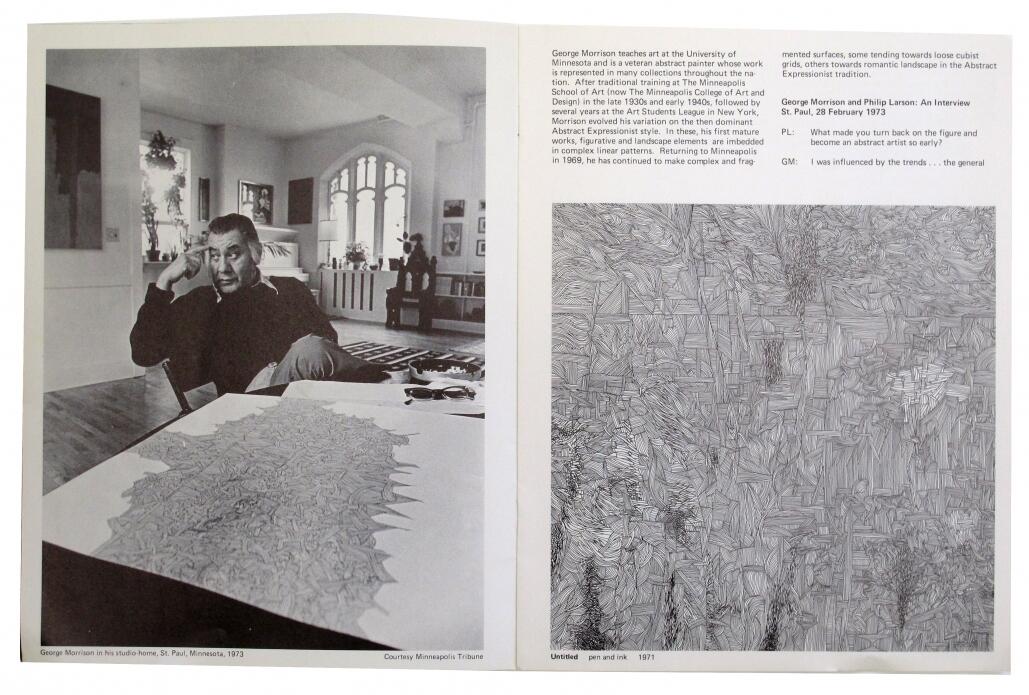 Painter and sculptor George Morrison, was born in 1919 on the Grand Portage Indian Reservation on Lake Superior, where he gathered driftwood as a child.

George’s Ojibwe (Chippewa) name was “Standing in the Northern Lights.” He was later celebrated as “the godfather of contemporary native artists.” After a childhood bout with tuberculosis, he was left with a limp and “a strengthening pause for reflection.”

He graduated from Grand Marais High School in 1938, and won a scholarship to the Minneapolis School of Art where he was influenced by the works of Picasso and the European avant-garde. After graduating in 1943, Morrison was invited to study at the Art Students League in New York. His stimulating circle of friends included Jackson Pollock, and the group of artists then defining American abstract expressionism. In 1952, a Fulbright Fellowship took him to France.

Tenured at the prestigious Rhode Island School of Design in Providence, during summers on Cape Cod he rediscovered driftwood. In 1970, Morrison returned to teach at the University of Minnesota. His Ojibwe heritage was reawakened and reflected in wonderful large wood collages and abstract totems.

Morrison built a studio named “Red Rock” near his birthplace on Lake Superior, which inspired his “Horizon Series” of abstractions uniting the earth, water, and sky.