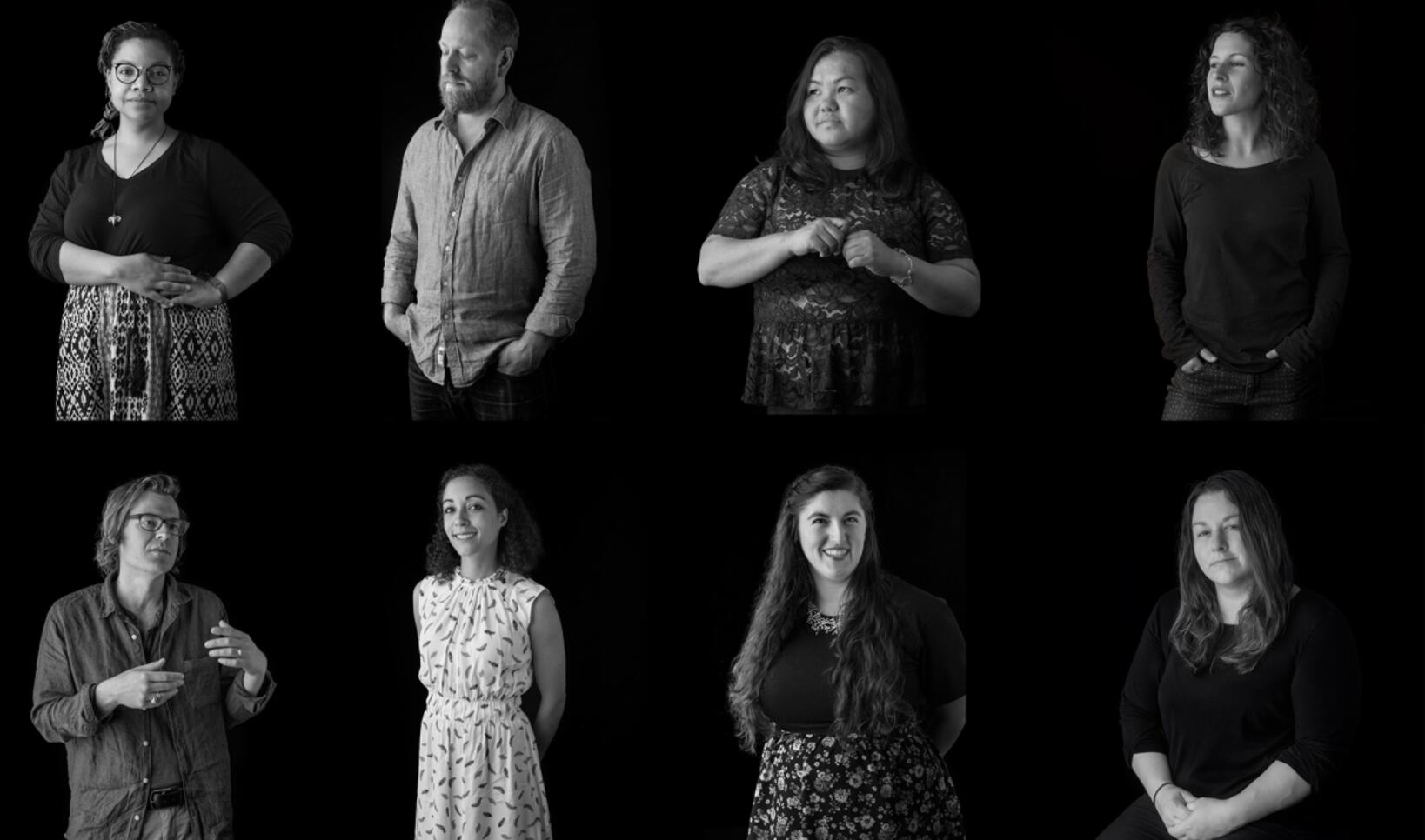 MCAD, on behalf of the McKnight Foundation, is proud to announce the eight recipients of the 2016 McKnight Fellowships for Visual Artists: Erik Benson, Julie Buffalohead, Leah Edelman-Brier, Tia-Simone Gardner, Monica Haller, Jay Heikes, Pao Houa Her, and Caroline Kent, all of the Twin Cities metro area.

Designed to identify and support outstanding mid-career Minnesota artists, the McKnight Fellowships for Visual Artists provide recipients with $25,000 stipends, public recognition, professional encouragement from national visiting critics, and an opportunity to participate in a speaker series. The fellowships are funded by a generous grant from the McKnight Foundation and administered by MCAD.

The 2016 McKnight fellows were selected from a group of 263 applicants by a panel of arts professionals of varying backgrounds whose careers intersect with the visual arts in different ways. This year’s jurors were David Hartt, multi-media artist and faculty member at the School of Design at the University of Pennsylvania; Christine Y. Kim, associate curator of contemporary art at the Los Angeles County Museum of Art; and Diana Nawi, associate curator at the Pérez Art Museum Miami.

Erik Benson ’96 is a Minneapolis-based painter whose work deals with the poetics and politics of edge city landscapes. He employs a unique process of building his paintings through collage methods to create mimetic relationships between the visual information depicted and the processes of their making. Benson received his BFA from Minneapolis College of Art and Design and an MFA from the Rhode Island School of Design. He is represented by Edward Tyler Nahem in New York and has had numerous group shows and solo exhibitions throughout the United Stated and Europe.

Julie Buffalohead ’95 is an enrolled member of the Ponca Tribe of Oklahoma who lives and works in St. Paul. Her paintings, drawings, and prints focus thematically upon describing Indian cultural experience through personal metaphor and narrative, drawing from the substance of traditional stories while contextualizing motifs of cultural identity. She received her BFA from the Minneapolis College of Art and Design and her Master of Fine Arts from Cornell University. Buffalohead is the recipient of numerous fellowships and has exhibited both locally and nationally, with recent solo exhibitions at the Museum of Contemporary Native Arts, Santa Fe; the Minnesota Museum of American Art; the Highpoint Center for Printmaking; the Smithsonian National Museum of the American Indian; George Gustav Heye Center, New York; and the Plaines Art Museum in Fargo, North Dakota, among others.

Leah Edelman-Brier is a visual artist interested in the female body. She primarily uses photography to create images heavy in metaphor and allegory, which aim to disrupt beauty ideals. Her work strongly implores themes of desire, fertility, family, illness, and metamorphosis as she analyzes each under the blanket of femininity. Born and raised in Providence, Rhode Island, she received her BFA from Rhode Island College and an MFA from Syracuse University. Her work has been exhibited nationwide and recently featured on multiple photo blogs across the internet. She currently lives and works in Saint Paul.

Tia-Simone Gardner is an artist, Black feminist scholar, and educator. Her creative practice engages drawing and photography through ideas of ritual, iconoclasm, and geography. Merging drawing with fragments of film and video, Gardner's work attempts to collapse and expand the time and space of everyday encounters with race. Her diverse practice also includes socially engaged work. Gardner received her BA in Art and Art History from the University of Alabama in Birmingham, and her MFA in Interdisciplinary Practices and Time-Based Media from the University of Pennsylvania. She has participated as Studio Fellow in the Whitney Independent Study Program, and held artists residencies at the Center for Photography at Woodstock, New York; IASPIS in Stockholm; and the Frank Mohr Institute of Art in the Netherlands. Gardner is currently an artist instructor at Juxtaposition Arts.

Monica Haller ’05, MFA, makes work that spans media in order to best highlight what lives below the surface of a shared natural and social landscape, directing her attention on the complex, at times volatile, activities within environmental and human systems. Launching from land that has been in her family for five generations, Haller’s most recent work brings her to the wetlands of the Louisiana coast that are eroding and sinking into the Gulf of Mexico in an attempt to understand a place she is separated from by time, distance and a white elevation in the Creole hierarchy. She exhibits and works internationally, and lives in her hometown of Minneapolis.

Jay Heikes is known for his heterogeneous practice, which mixes and reinterprets a kaleidoscopic array of media—activating stories, puns, and irony in a cyclical meditation. His most recent body of work employs his preoccupation with the philosophical tradition of alchemy. Themes of evolution and regeneration, stasis and corrosion take form in his artistic actions, recharging Heikes previous narrative pursuits and reaffirming the notion that mutation and change are essential to the creative process. He received his BFA from the University of Michigan and his MFA from Yale University.

Pao Houa Her ’09 was born somewhere in the northern jungles of Laos. She fled Laos with her family when she was a baby, crossed the Mekong on her mother’s back, was fed opium to keep from crying, lived in the refugee camps in Thailand and landed in America on a silver metal bird in the mid 1980s. She is a visual artist who works within multiple genres of photography. She has exhibited in numerous shows both nationally and internationally including a solo show at the Eli and Edythe Broad Art Museum at Michigan State University. Her received her BFA from the Minneapolis College of Art and Design and her MFA from Yale University.

Caroline Kent is a visual artist based in the Twin Cities whose practice is rooted in the historied language of abstract painting. Kent investigates how that language is understood amidst highly subjective cultural landscapes. Combining text, image, sculpture, and painting, her practice complicates the normative methods of narrative. Since receiving her MFA from the University of Minnesota, Twin Cities, she has participated in numerous exhibitions including the California African American Museum; The Suburban, Chicago; Elephant in Los Angeles; and SUNY Duchess in Poughkeepsie, New York, among others. Kent has received numerous grants and fellowships, most recently from the Pollock-Krasner Foundation. In addition to her studio practice, Kent is co-founder of The Bindery Projects, an artist run exhibition space in St. Paul that has been exhibiting national artists since its inception in 2011.

ABOUT THE McKNIGHT ARTIST FELLOWSHIPS

The McKnight Artist Fellowship Program is one of the oldest and largest of its kind in the country. Established in 1981, the fellowship program provides annual, unrestricted cash awards to outstanding mid-career Minnesota artists in ten areas, totaling nearly $1 million each year. Non-profit arts organizations oversee the administration of the fellowships and structure their own programs to respond to the unique opportunities and challenges of different creative disciplines.

ABOUT THE McKNIGHT FOUNDATION

The McKnight Foundation seeks to improve the quality of life for present and future generations through grant-making, coalition-building and the encouragement of strategic policy reform. Founded in 1953 and independently endowed by William and Maude McKnight, the Minnesota-based foundation had assets of approximately $2.2 billion and granted about $88 million in 2015.

ABOUT THE MINNEAPOLIS COLLEGE OF ART AND DESIGN

Recognized nationally and internationally for its innovative and interdisciplinary approaches to visual arts education, the Minneapolis College of Art and Design is home to more than 700 students and offers professional certificates, bachelor of fine arts and bachelor of science degrees, and graduate degrees. 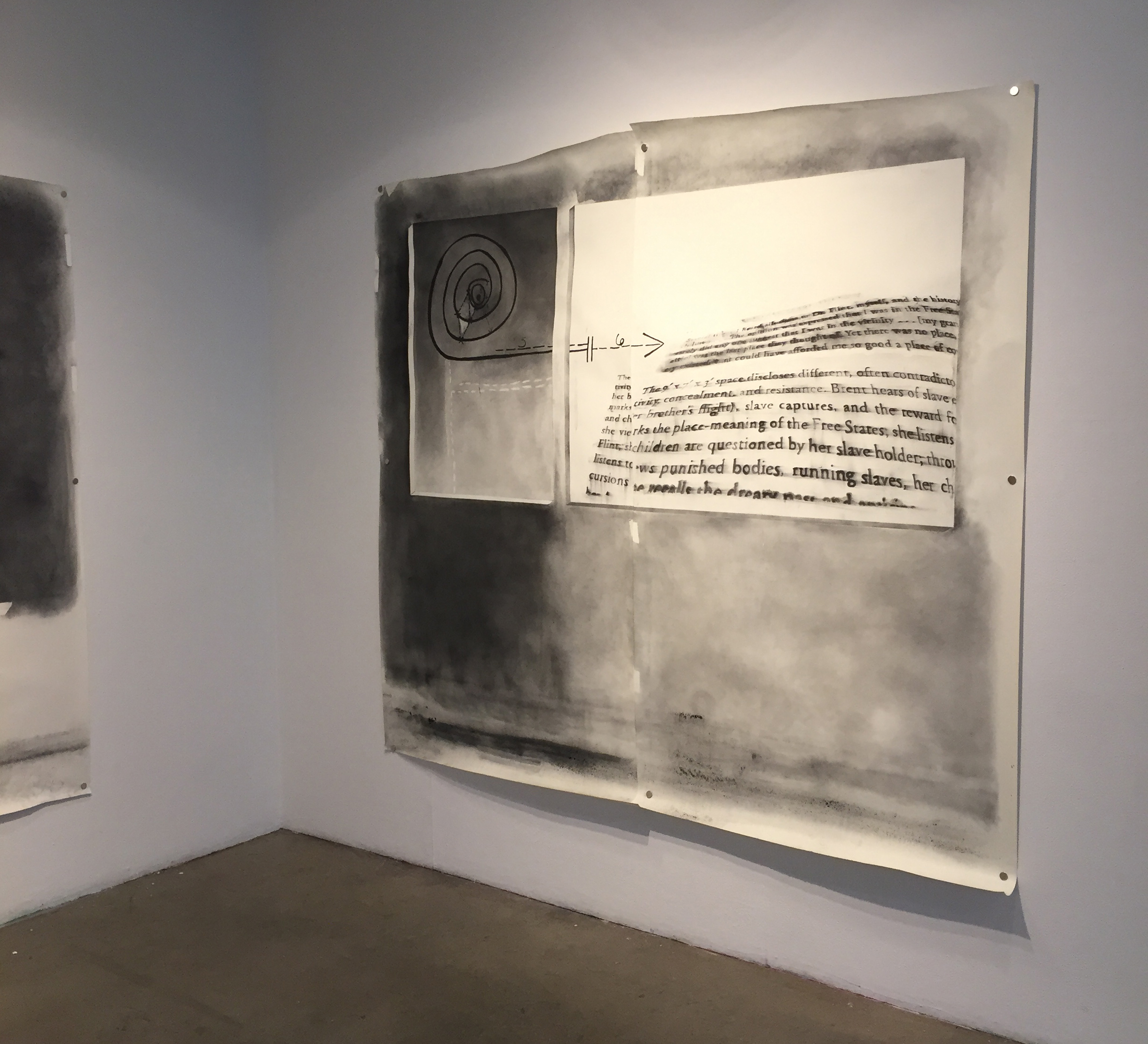 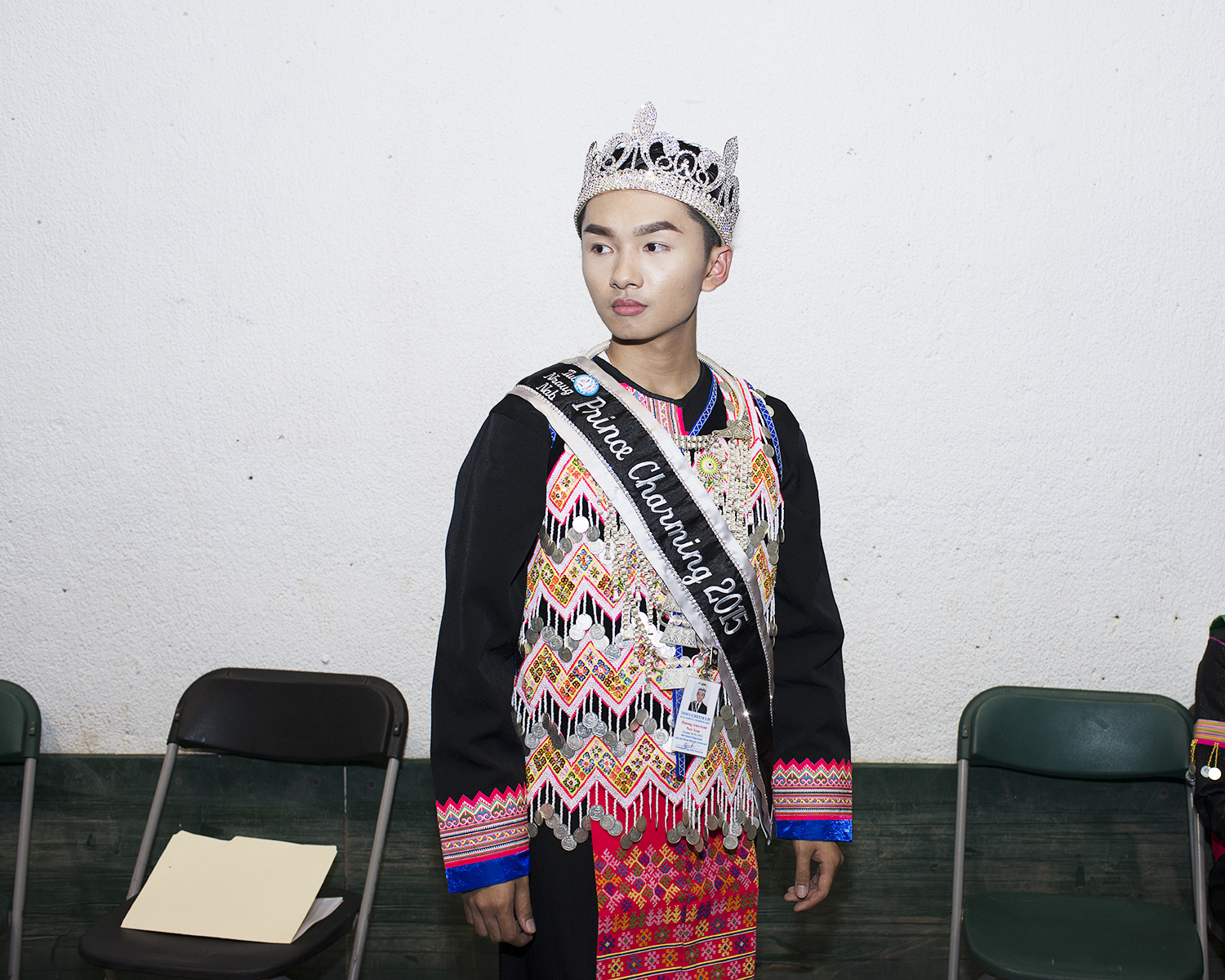 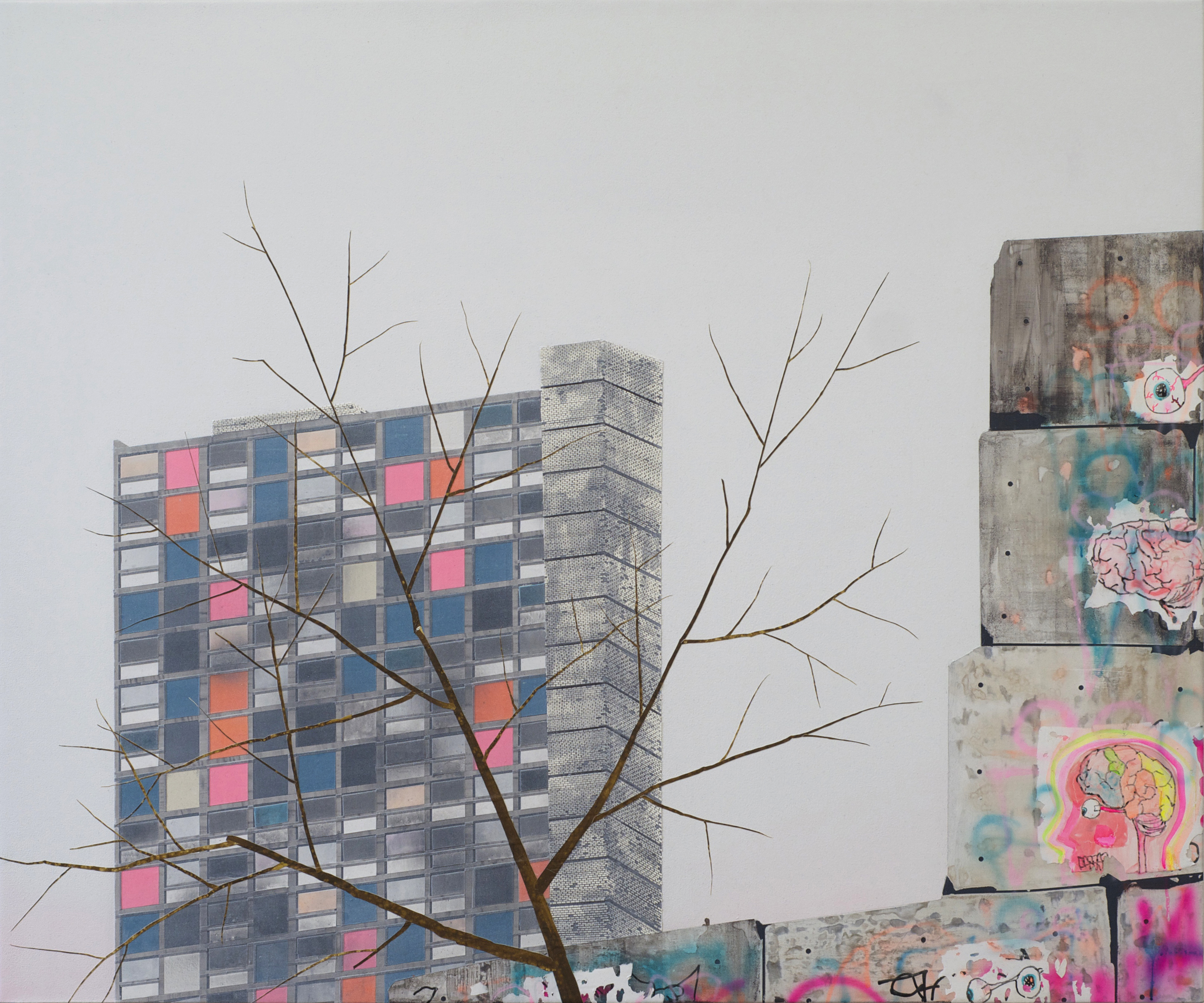 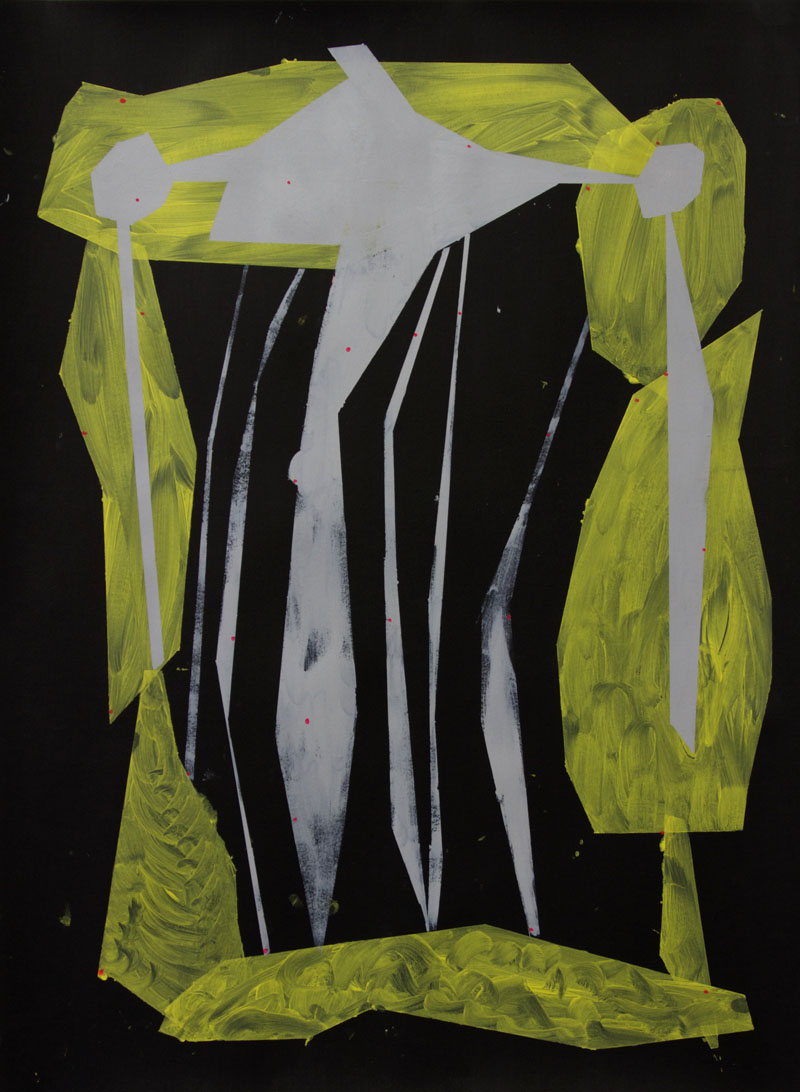 Caroline Kent, Some have shadows, Some have walls, acrylic on paper, 2016. 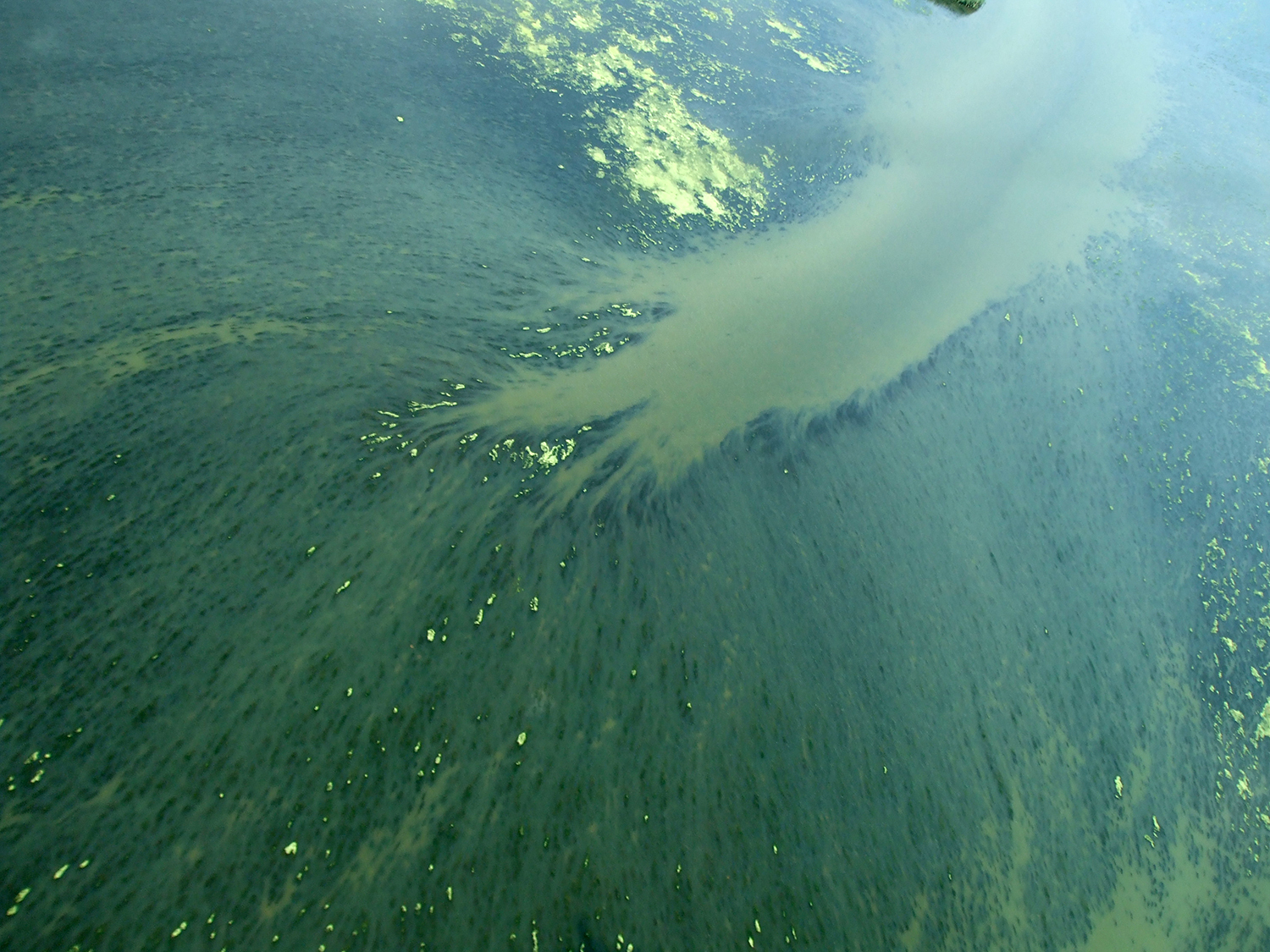 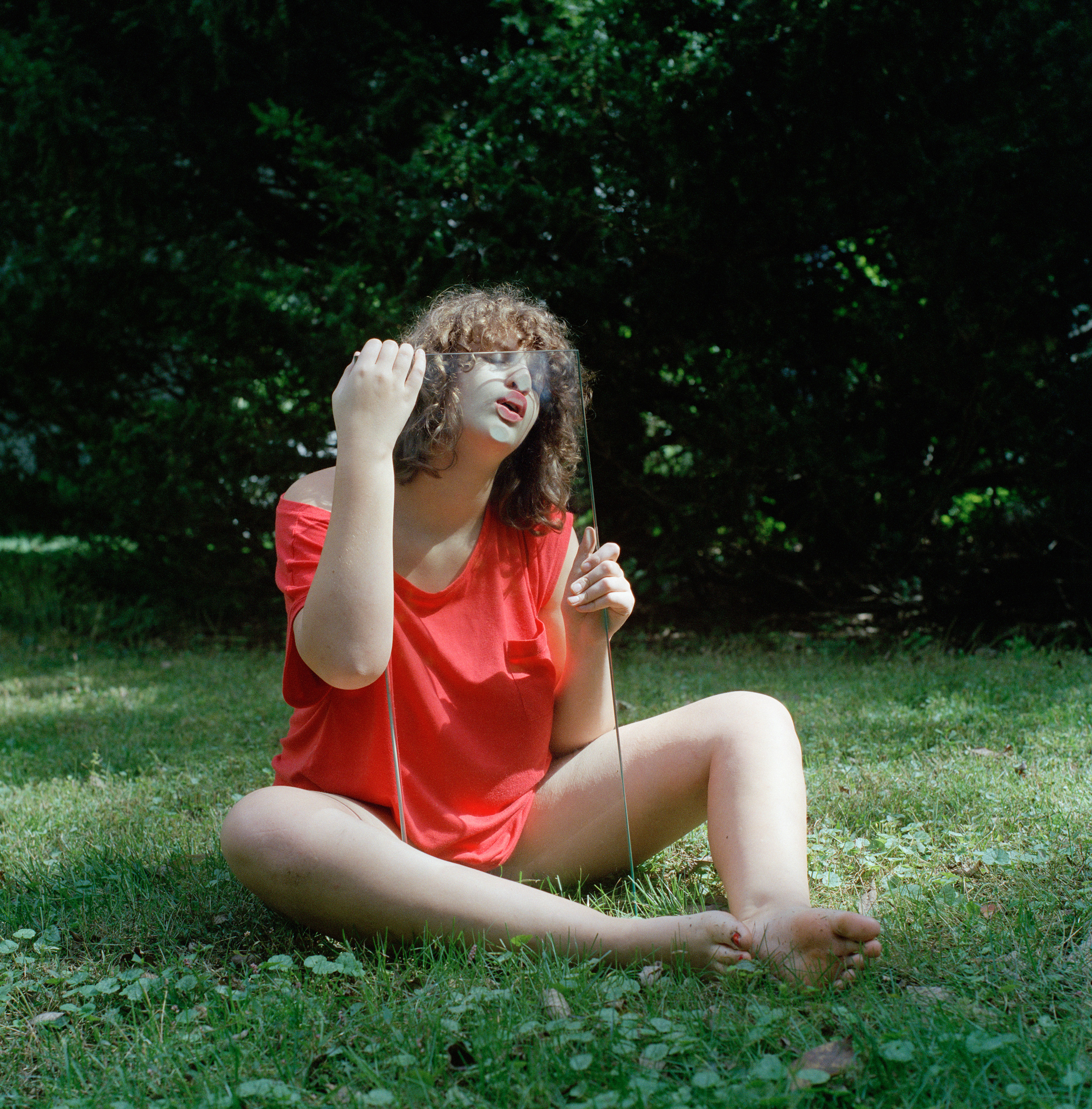 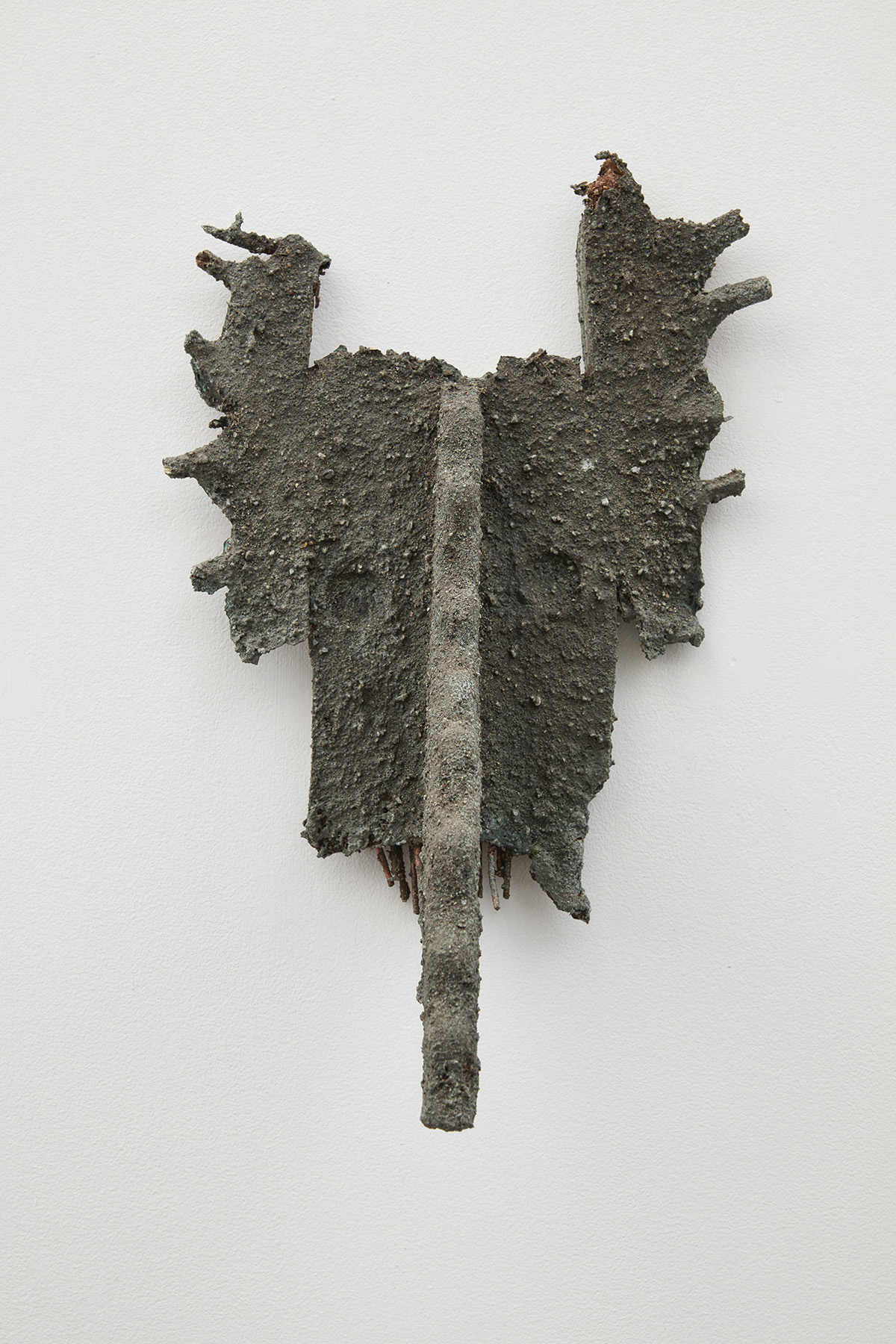 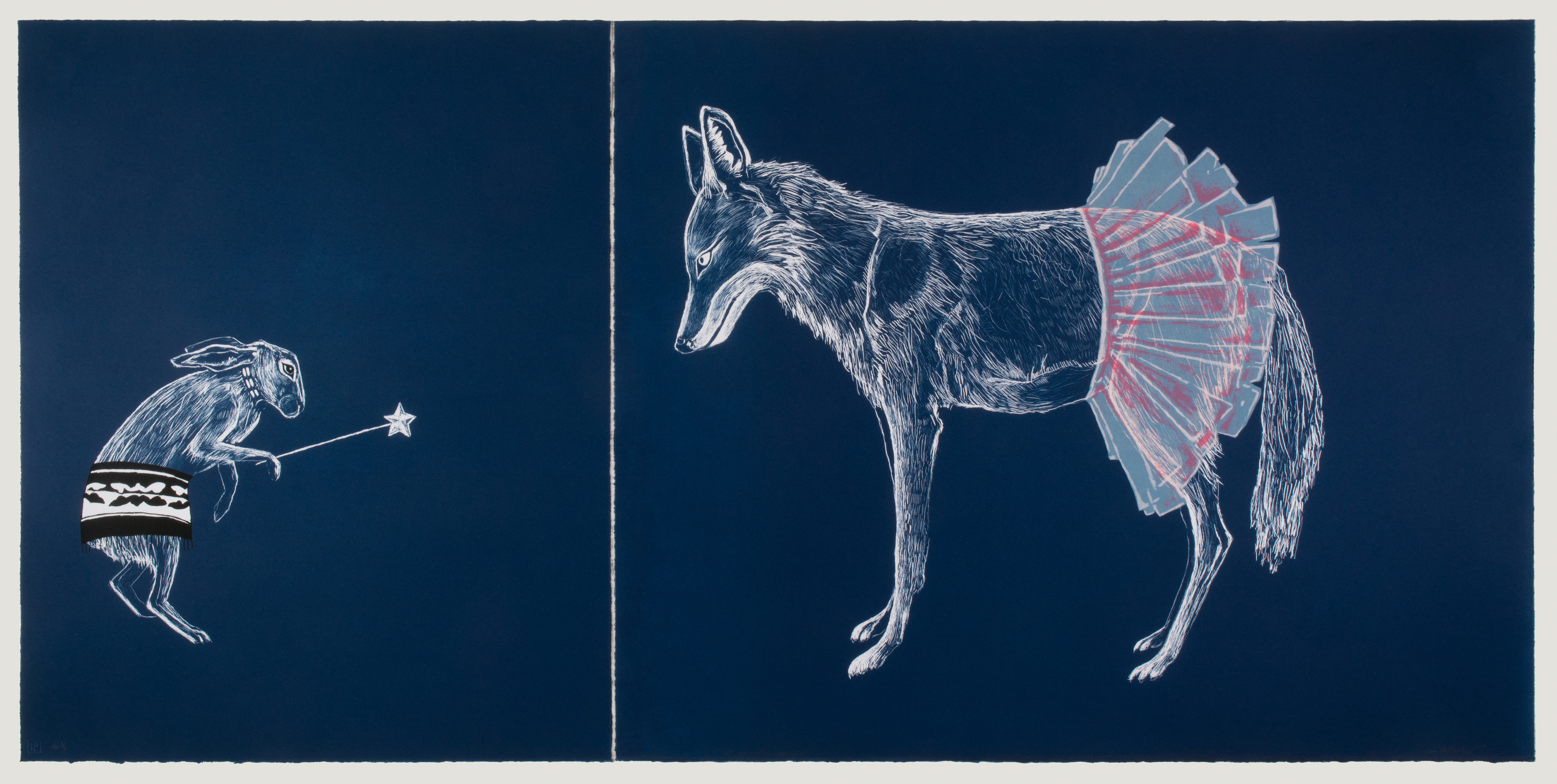 This program pairs a visiting critic with two McKnight Visual Artist Fellows and offers attendees an opportunity to learn more about the fellowship recipients as well as how their work intersects with broader contemporary art ideas and concerns. This activity is generously supported by the McKnight Foundation.