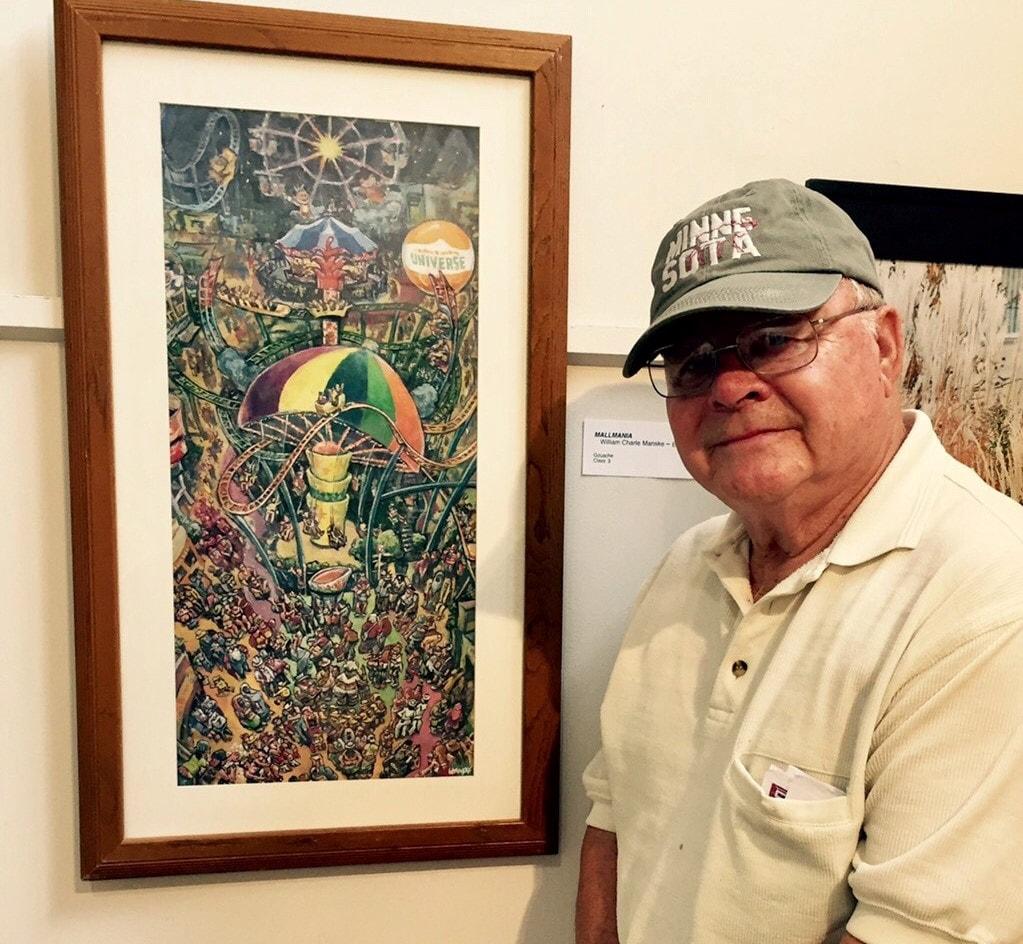 Bill Manske picutred with his work

The family of MCAD alum and long-time Edina resident, Bill Manske, has collaborated with The Edina Historical Society on an exhibit honoring his life and work.

Manske was a creative force in Twin Cities advertising. After graduating from MCAD, he joined the Navy and served during the Korean War on the USS Iowa, and created Sleeve Banyon, a popular comic strip for his ship's newspaper.

Following his stint in the Navy, Manske worked as a commercial artist and illustrator at Minneapolis ad agencies. He later shared his artistic flair and talent as an instructor at Hennepin Technical College.