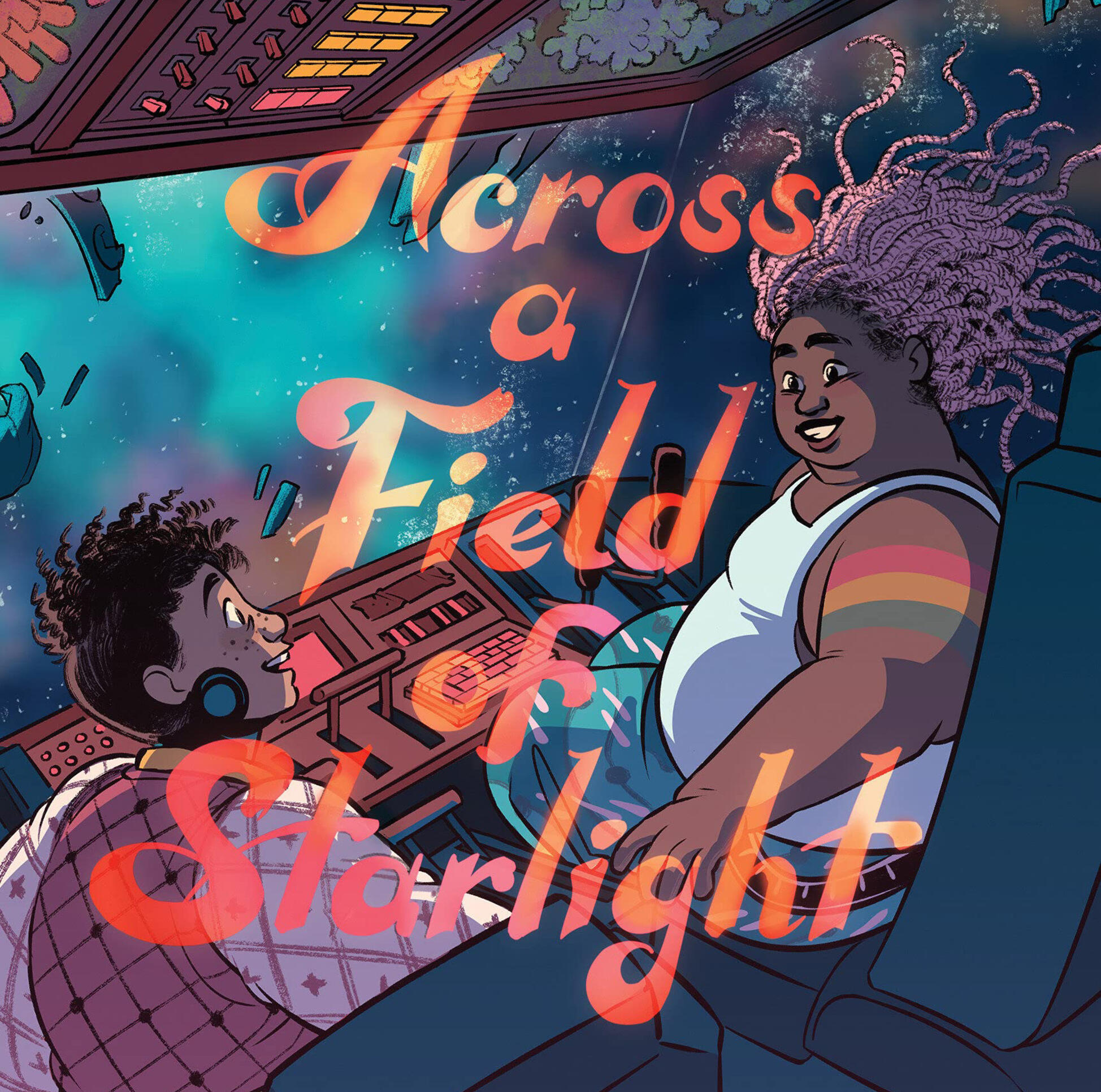 Faculty member Blue Delliquanti has published Across A Field Of Starlight.

Across a Filed of Starlight is an epic sci-fi graphic novel romance between two non-binary characters as they find one another through time, distance, and war. When they were kids, Fassen's fighter spaceship crash-landed on a planet that Lu's survey force was exploring. It was a forbidden meeting between a kid from a war-focused resistance movement and a kid whose community and planet are dedicated to peace and secrecy. Lu and Fassen are from different worlds and separate solar systems. But their friendship keeps them in each other's orbit as they grow up. They stay in contact in secret as their communities are increasingly threatened by the omnipresent, ever-expanding empire. As the empire begins a new attack against Fassen's people–and discovers Lu's in the process–the two of them have the chance to reunite at last. They finally are able to be together…but at what cost?

This beautifully illustrated graphic novel is an epic science fiction romance between two non-binary characters as they find one another through time, distance, and war.