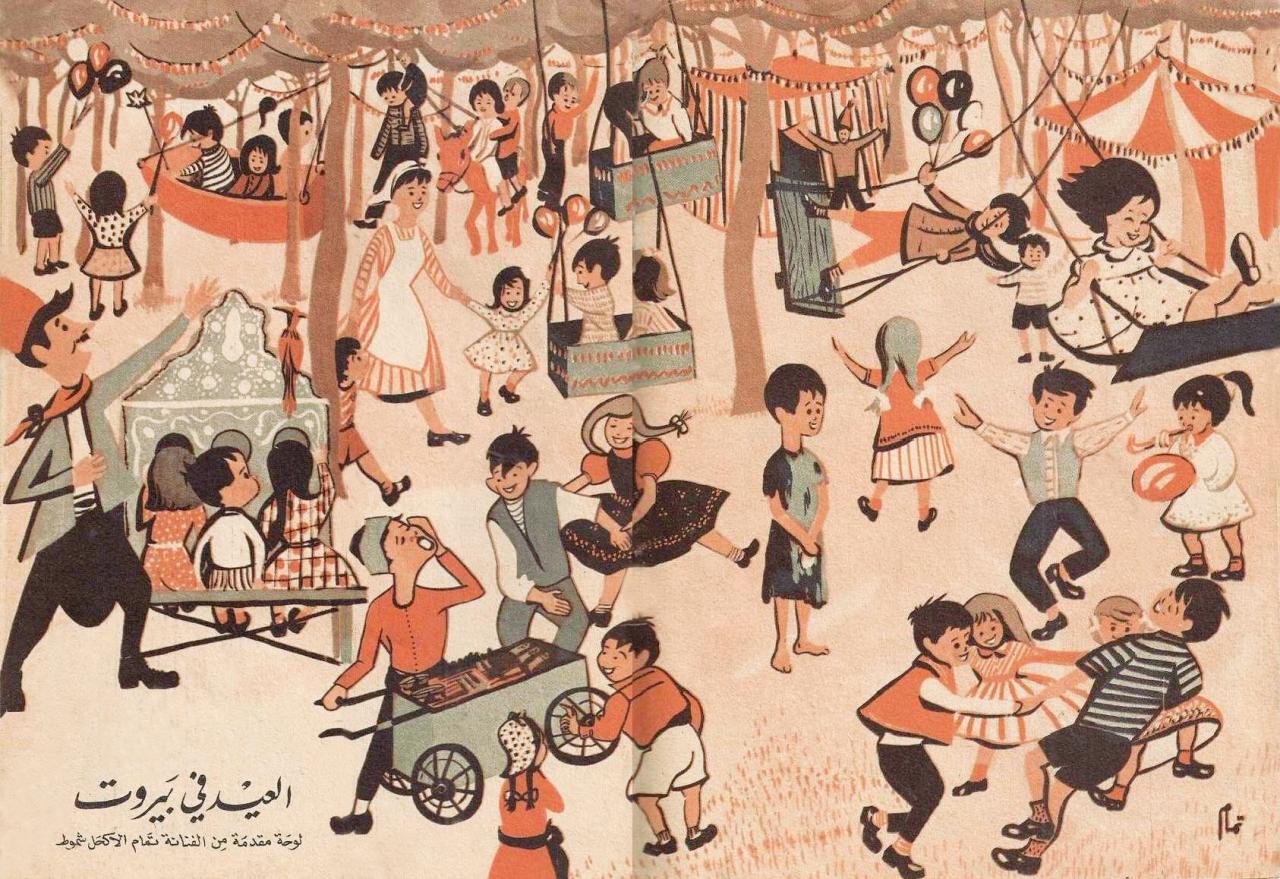 For close to a century, Arab artists have created comics to reflect on the social and political happenings of their times. In the panels of Arab comics, illustrations and stories creatively engage the British occupation of Egypt, the question of Palestine, the tide of pan-Arabism, authoritarian regimes in Iraq and Syria, commercialization in the Gulf, Civil War in Lebanon, uprisings across the region, and beyond.

Arab Comics is a traveling exhibition that explores the question of what, if anything, is distinctly “Arab” about this popular visual medium through three threads of original and translated comics in Arab countries, spanning from 1920s until today. Divided into three largely chronological sections, the exhibition features original serial comics from artists and publishing houses in Arab countries, examples of how in the 1940s Arab illustrators began “Arabizing” cultural comic book icons like Mickey Mouse, Superman, and Tintin for Arab readers, and recent work by comic artists in Lebanon’s “post-war” generation such as Fouad Mezher, Lena Merhej, Omar Khouri, Zeina Bassil, and Mazen Kerbaj who are reinventing the expectations of comics about, by, and for Arabs worldwide.

The exhibition is co-curated by Mona Damluji, PhD, Nadim Damluji, and Lena Sawyer.