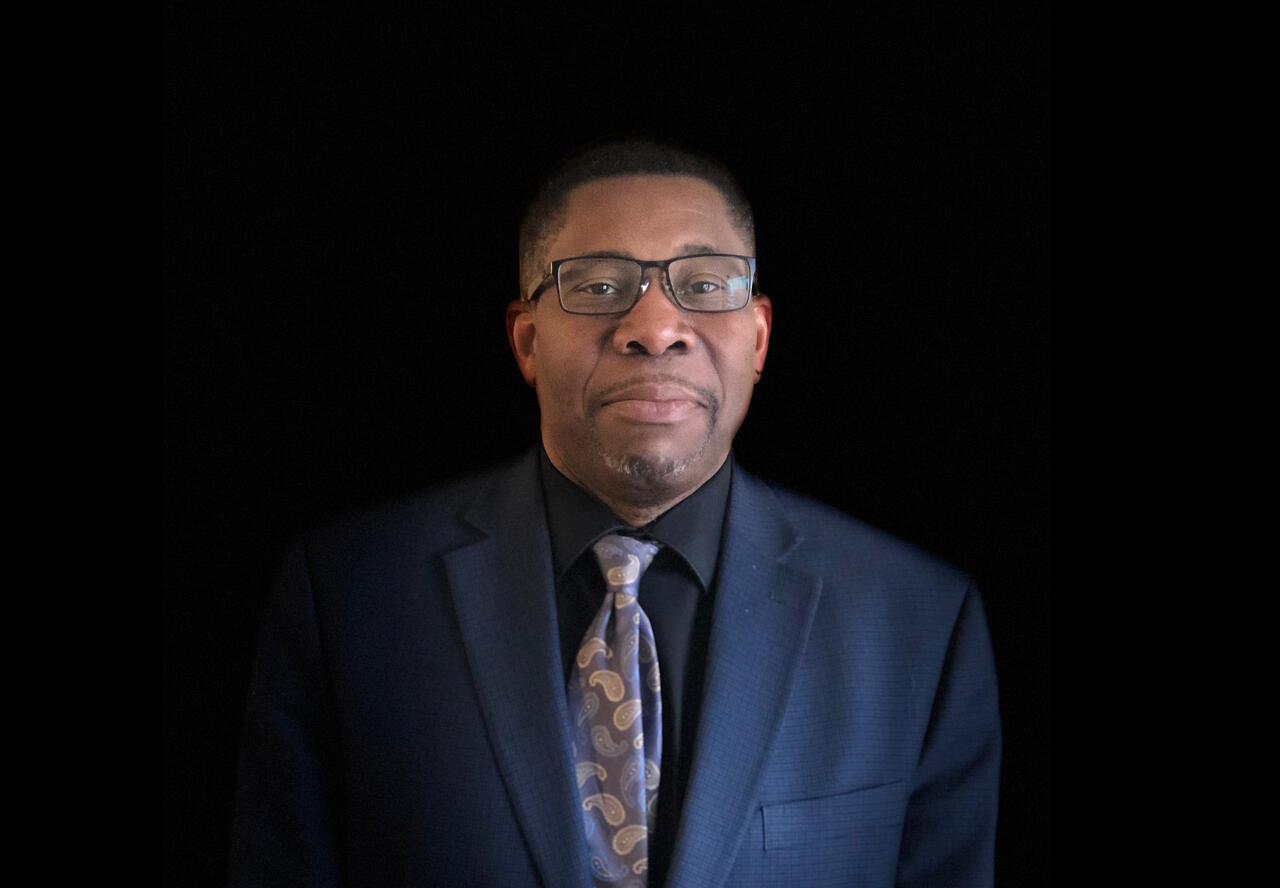 MCAD’s new Civic Scholar in Residence program is designed to deepen relationships between the college and select Twin Cities community leaders who are developing cultural strategies for the public good. During 2021–22, Paul Bauknight is the first to occupy this role, receiving a stipend and access to the physical, social, and technological services at MCAD, allowing for time and space to incubate and accelerate critical, community-defined solutions.

A graduate of Virginia Polytechnic University with a degree in architecture, Bauknight currently serves as the Project Implementation Director at the Minneapolis Parks Foundation. He was the principal designer behind several North Minneapolis building projects including the Urban League, Plymouth Christian Youth Center, and Plymouth Avenue Townhomes. He previously held leadership positions with the African-American Men Project for Hennepin County, A Minnesota Without Poverty, and Urban Homeworks.

Paul spoke with Adam Erickson, MCAD’s Director of Strategic Partnerships and Advisor to the President. 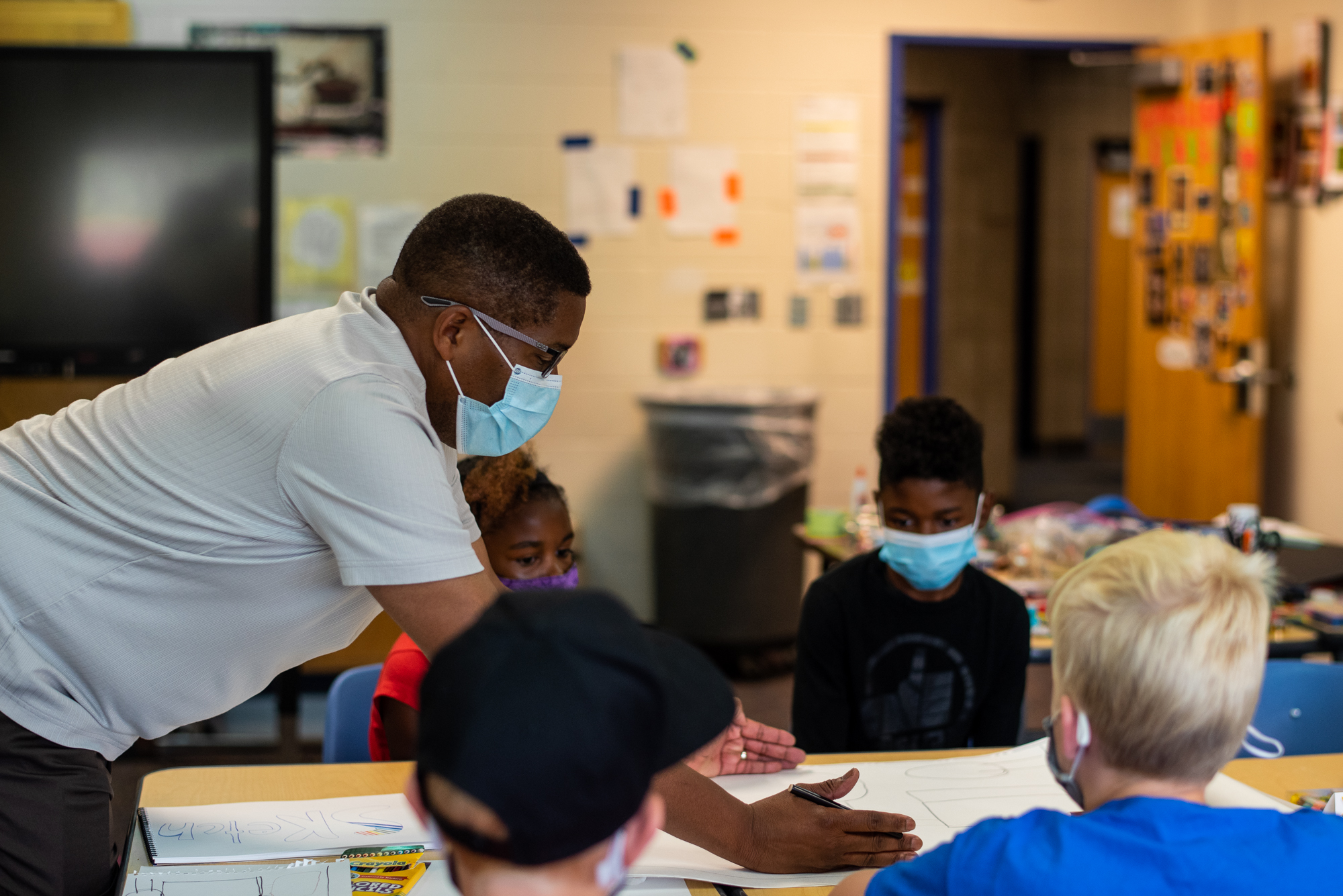 Paul Bauknight at the Youth Design Camp at Harrison Community Center in July 2021. Photo courtesy of Minneapolis Park and Recreation Board.

We're thrilled to have you as the first Civic Scholar in Residence. What is the guiding principle behind your work at MCAD?

I see myself as a changemaker. How do I support community in making these things happen?
The more diversity we have of ideas and people and experience, the better the solutions are going to be. There were maybe eight other African American students in architecture when I was at Virginia Tech. I'd never worked in a firm where there were more than two of us at one time, except when I worked at all Black firms. The longer I've done this work, the more I come to see that getting into the profession and bringing your lived experience are critical—not for just communities of color, but all communities. Creative perspective is the best way to solve problems.

How has your work in the built environment changed over the years to include a greater connection to economic, political, and social systems?

I'm doing less building and more work in systems, organizations, and agencies that occupy buildings. Architecture is about more than just making the buildings, particularly in communities that don't have power and wealth.It’s also about understanding how those buildings get made from a policy standpoint, and how development works economically.

I hear you're an Alice Walker fan. She said, “The most common way people give up their power is by thinking they don't have any.” How does that relate to your role?

I think innately we have to believe that we have the ability to make change. That coupled with understanding our gifts and talents—what’s our lane on the revolutionary highway? Not everybody’s a marcher. Not everybody's a policy geek like me. How together do we make this change? The collective impact is really important.

I read somewhere that you decided to become an architect when you were in sixth grade. How did you come to that decision?

Growing up, I was the kid who had every building toy known to man—blocks, erector set, LEGOS—every building toy. My dad is an engineer, but he came to it through being a draftsman, so that technical drawing side was always in the house, too.

Truthfully I didn't know any architects, and certainly there no Black architects who were like, “Oh yeah that's something you could do.” But it was a natural outgrowth of this real interest in making things and being interested in the way things went together and really loving the art side, and that whole process of putting things together and drawing and visioning. So that's how it came about.

You grew up in New Jersey, but in 1989 you moved to Minnesota. Tell me a little bit about the kind of work you did in those early years in the Midwest.

I'm pretty much a jump-in-the-deep-end-of-the-pool guy. I’ll try anything. I’m entrepreneurial by nature, so I started my own firm. Early on, I did a lot of affordable housing work. A lot of minority firms do public work. I was always an urbanist—always interested in cities—so it was natural to work in community. That's the kind of work I did, and that blossomed into doing other nonprofit work. We did the Urban League headquarters and then we got into doing schools, so we did schools in Minneapolis.

How would you characterize your personal, social mission? What is the bottom line you're really after?

The bottom line for me would be an increase in the number of young people of color going into the design professions. And a change in the process of how we do work in community to a much stronger co-creative process that builds on community members dreaming, designing, and doing to make change in their community.