A Fresh Take on an Eat Street Favorite: From CUT/PASTE 2022 | Minneapolis College of Art and Design Skip to main content

A Fresh Take on an Eat Street Favorite: From CUT/PASTE 2022 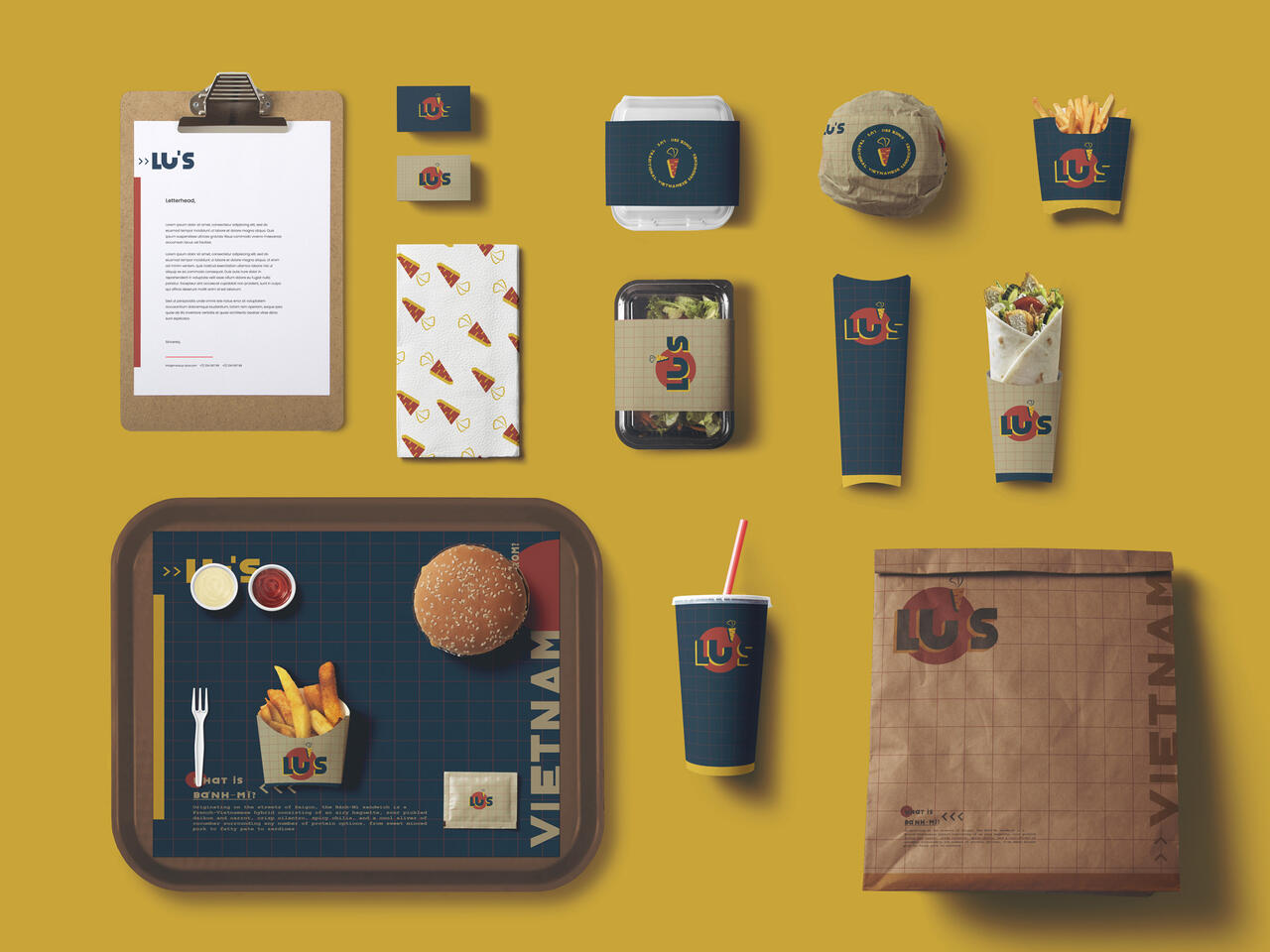 June Hien Le ’20 is the driving force and AIGA-award-winner behind the rebrand of Lu’s Sandwiches, the beloved banh mi shop on nearby Eat Street.

Le majored in illustration in MCAD, but graphic design was always part of her professional plans. “I was in love with illustration, but I wanted to have another skill where I could support my career,” says Le. “So outside of my illustration courses, I went full force with graphic design.”

The owner of the sandwich shop approached Le after seeing some of her traditional Vietnamese-style work in her portfolio. After digging into the project, Le proposed a more modern take on the shop’s branding. “You have to go back to the history of banh mi,” says Le. “Street food, and especially banh mi, didn’t appear until more recently. A very traditional style doesn’t fit the image of banh mi. As someone who understands Vietnamese culture, I told him that we needed something else.”

Le has advice for MCAD students who are just starting their careers: “Be confident and never afraid to show your ideas. Use MCAD as a push forward. Believe in yourself. If you have an idea, and you don’t say it out loud, no one will hear you.”

She offered another piece of advice for everyone; Next time you go to Lu’s Sandwiches, try the new coconut croissant.