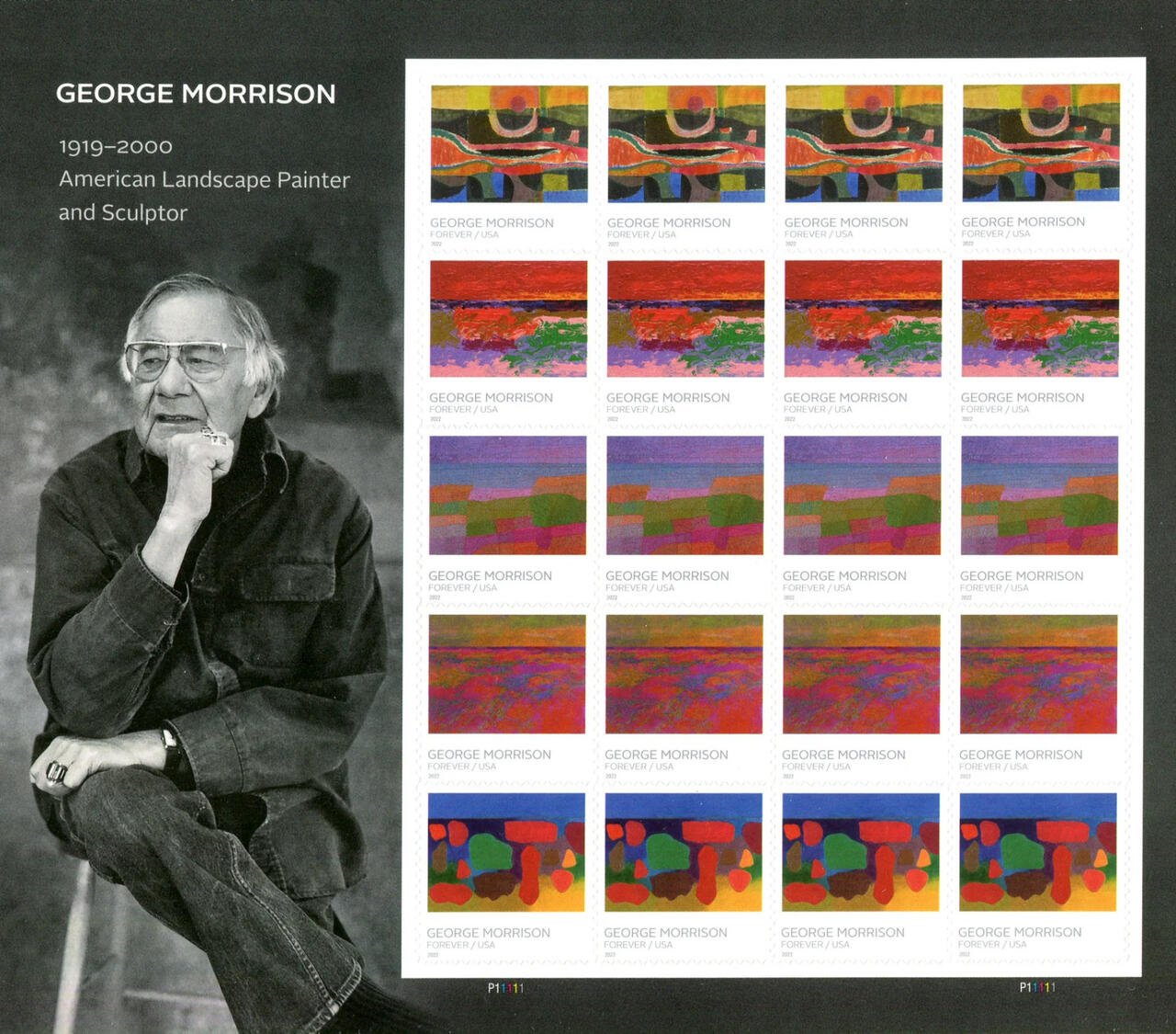 The legacy of celebrated artist George Morrison ’43 has continued to grow even decades after his death in 2000. Beginning this spring, the United States Postal Service (USPS) is offering a series of Morrison’s abstract landscape paintings in their 2022 line of Forever Stamps.

Announcing the collection, USPS called Morrison “one of the nation’s greatest modernist artists who challenged prevailing ideas of what Native American art should be, arguing that an artist’s identity can exist independently from the nature of the art he creates.”

Born in 1919 in Chippewa City, Minnesota, Morrison attended MCAD when it was known as Minneapolis School of Art. In his memoir Turning the Feather Around, Morrison said this of his favorite teacher Alexander Masley: “He was instrumental in shaping my ideas… He encouraged more open experiment, more freedom, more individual expression. That was right up my alley.”

Morrison went on to join a celebrated circle of Abstract Expressionists in New York who included Jackson Pollock, Franz Kline, and Willem de Kooning. During his six-decade career, he was also an influential instructor, teaching at several schools on the East Coast. Morrison returned to Minnesota to teach at the University of Minnesota until his retirement in 1983.

Today, Morrison’s work continues to endure and inspire, and is included in many museum collections, including the Minneapolis Institute of Art. The stamp collection is available for purchase at USPS.com and post offices nationwide.