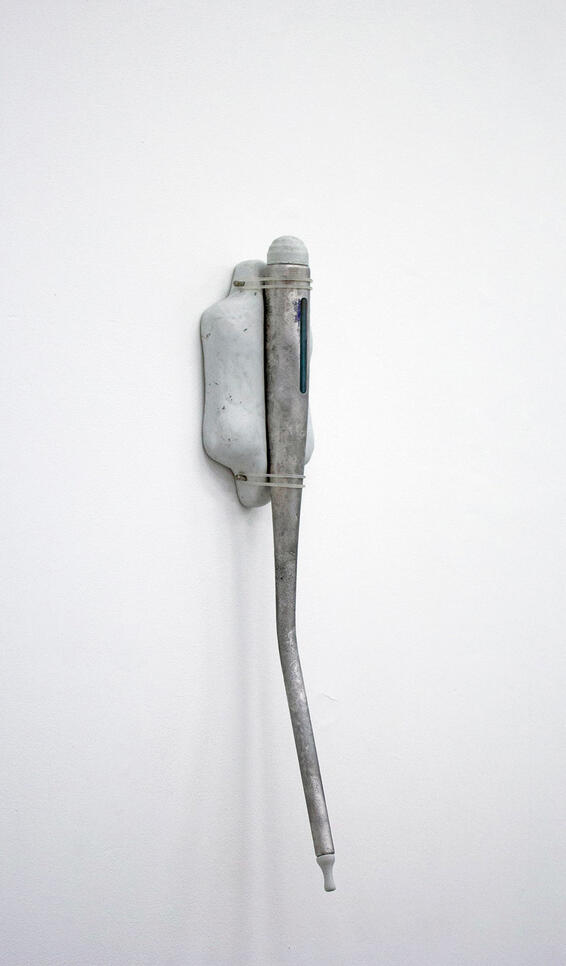 In this interview, Zachary Betts recounts his process with casting/found object assemblage and reflects on the meaning of physical touch.

You tend to work with simple, organic shapes and objects. Why are you attracted to these elements? Can you talk about how that might help and/or hinder your artistic process?

With simplicity comes more precision and a streamlined look. The focused attention to detail manifests itself not only in a physical manner, but also a cognitive one—it challenges us. When an object appears to have a function, but its purpose is unknown we begin to question our own understanding and expectations.

The work that most interests me is generated from a position of not knowing. It resists being easily unpacked or parsed out. The familiar becomes more complicated as an object is stripped from its environment, function, or hardware. Often leaving the kind of work that burns at a simmer, as does the process of making it.

You work with both cast and found objects. How do you decide to marry these two aspects of your work?

I am interested in “foundness” as it provides a lens, a parameter, or a starting point for where the work will go. I’m fascinated by the visual and personal language of produced things—they’re slightly removed, slightly distanced and detached even if they have “everyday” associations and very close associations to the self.

Casting is the fundamental process of replicating the form of an object using a mold. It also suggests something cast off or cast out, cast aside or cast adrift—waste products. The forms I find myself drawn to are overlooked or often forgotten objects. They are sometimes unpleasant, worn-out items that occasionally show traces of wear and tear or even long years of use. The casting process makes the quotidian cast-off more original, more like an object to be cherished or worshiped, and certainly more valuable than the piece of detritus that inspired it. Through the marriage of these two concepts, the object now lies somewhere between the value of the artifact and the banality of the commonplace. 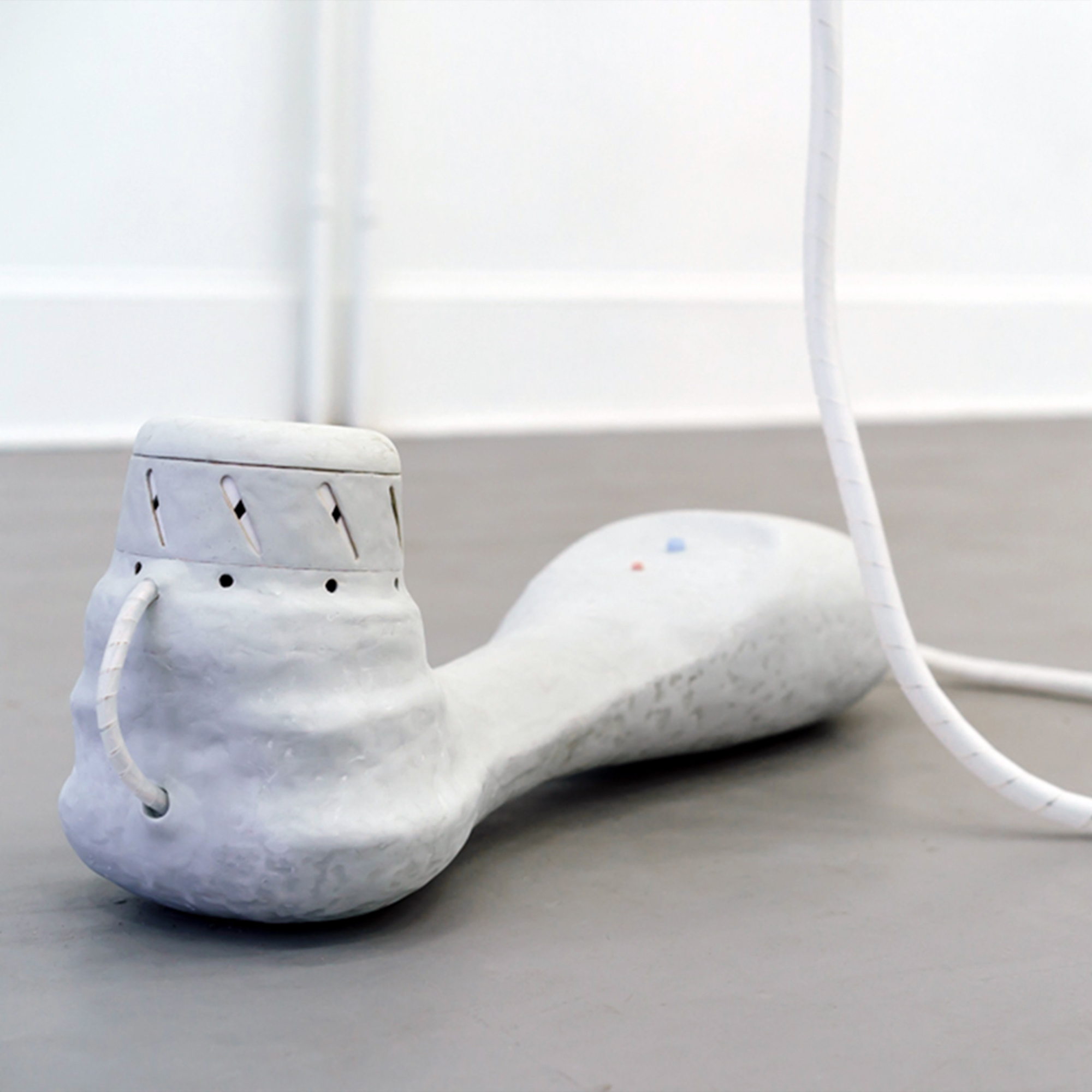 To me, your work feels both familiar and distant, quiet but deeply informative. Are you thinking about how you want the audience to respond when you make certain formal and material choices? How do you hope they gather meaning and understanding?

I like to think of my practice as a poem rather than a story. It functions not to be “about” something, nor does it have a clear narrative with a plot and neat conclusion. The works are not entirely instructive (for they don’t know what to instruct), but rather emit an eagerness to see how the audience connects.

In my practice I interject coded references, allowing initially anonymous objects to become a device for recording fleeting emotions and interactions.  In turn, this makes us pay attention to the ways in which the inanimate can speak, convey sentiment, and transfer feelings. The depicted machines take on a human-like personality by serving as containers that are filled with fragments of memory, emotion, and place.

Your work relies on elevating everyday objects from their original contexts. Can you describe what this process looks like for you?

I often work with existing objects we have once used and relied on, things that are no longer deemed necessary due to their expiration or failure to fulfill the consumer’s everyday purpose. I bring these objects into my studio; they sit, and in that waiting time, I figure out how to realize the work. I think about what materials are necessary or not. As a result, I make associations between different materials and ideas to better understand how we embed ourselves or have some kind of personal experience with these manufactured objects that litter our lives.

Based on your Instagram feed, it looks like you are returning to brighter colors after having had a palette of off-white, silver, and earth tones. Can you talk a bit about that decision?

Much of the palette in my work has been a direct result of the materials used or based off of the everyday object itself. I have been very attracted to using Durham’s Rock Hard for its soiled properties, embalming works in resin to retain traces of past experiences, and enhancing the corrosion process of aluminum to leave a dusty residue. There is something satisfying about being honest or direct through the materiality of these objects and seeing how they then act once reintroduced into a space. As the work becomes more laborious through the process of casting, I now have much more control over material choice and color palette.

You’ve mentioned that the ideas of touch and intimacy are an integral part of your work. How have you been able to communicate these ideas through visual means? What have you found challenging about that process?

When interacting with objects that I bring into my work, some are personally meaningful to me, and then I present them among objects that may be personally meaningful to others. The emphasis on the intimate objects, or, rather, our intimate relationships with objects, is only half the story. I think the most challenging aspect has been how to communicate that an object has a story. Most object-driven stories are less about the objects themselves and more about trajectories of ownership. Objects should be understood not as reflecting the person who most immediately controls them, but rather as accumulating their ontological being via much longer circulations—past, present, and future. They are objects wanting more touch, instilling in the viewer an unfulfillable desire to comply. For the future, I dream of making pieces that people can actually touch, not necessarily use, but touch, to amplify this confusion between objects and sensuality.