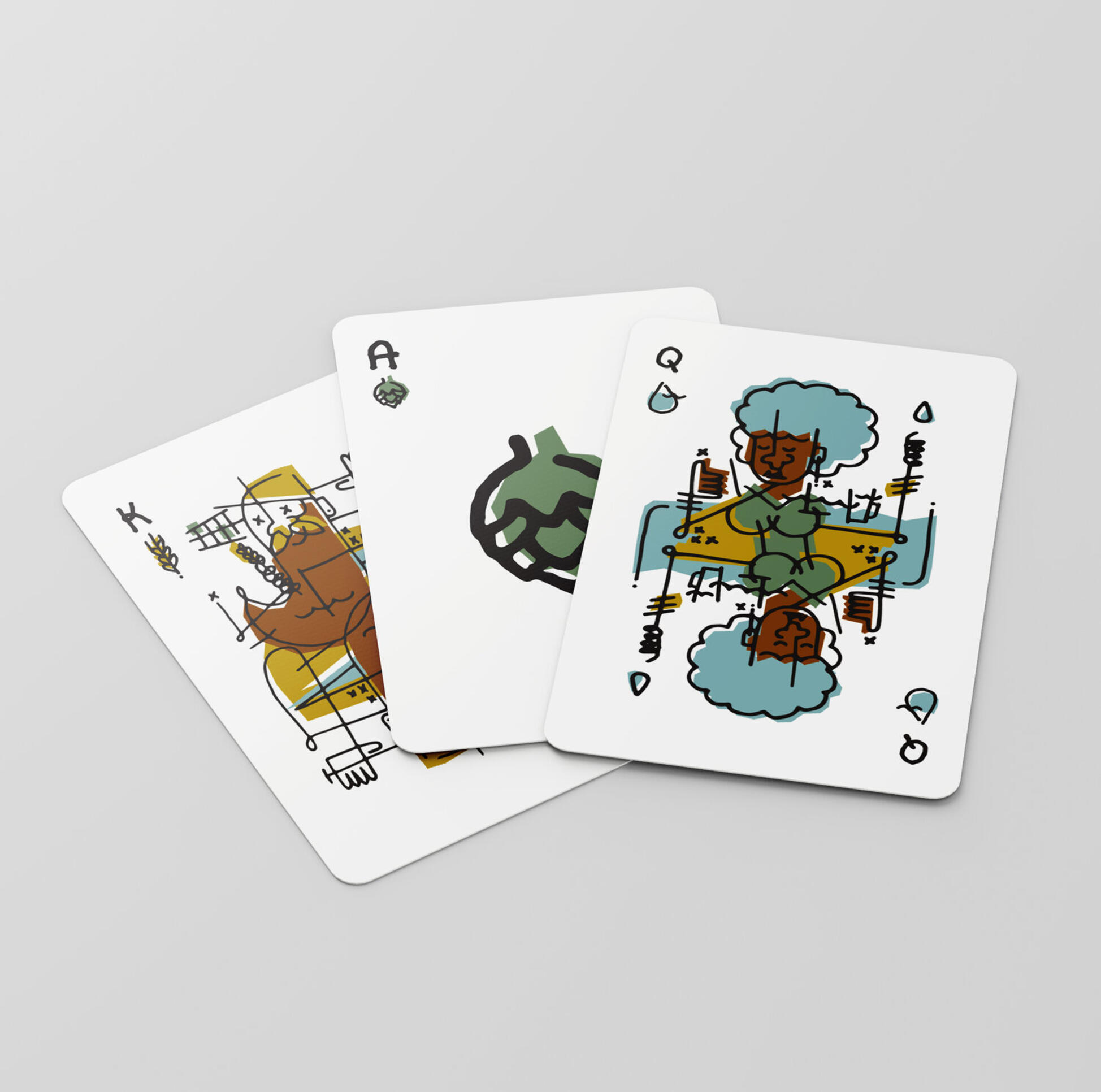 Brew Deck is a set of 55 playing cards that use the four elements of brewing as their suits: water, yeast, malt, and hops. Each suit has custom face cards illustrations of brewers, punks, rad folks, and science nerds. As well as the previously mentioned brewing elements and two drunk jokers.

Jones has opened a Kickstarter in an attempt to produce Brew Deck. Jones has nine different tiers ranging from $5–$250 to donate too, each one having unique and fun Brew Deck related rewards.