Halloween at MCAD! | Minneapolis College of Art and Design Skip to main content 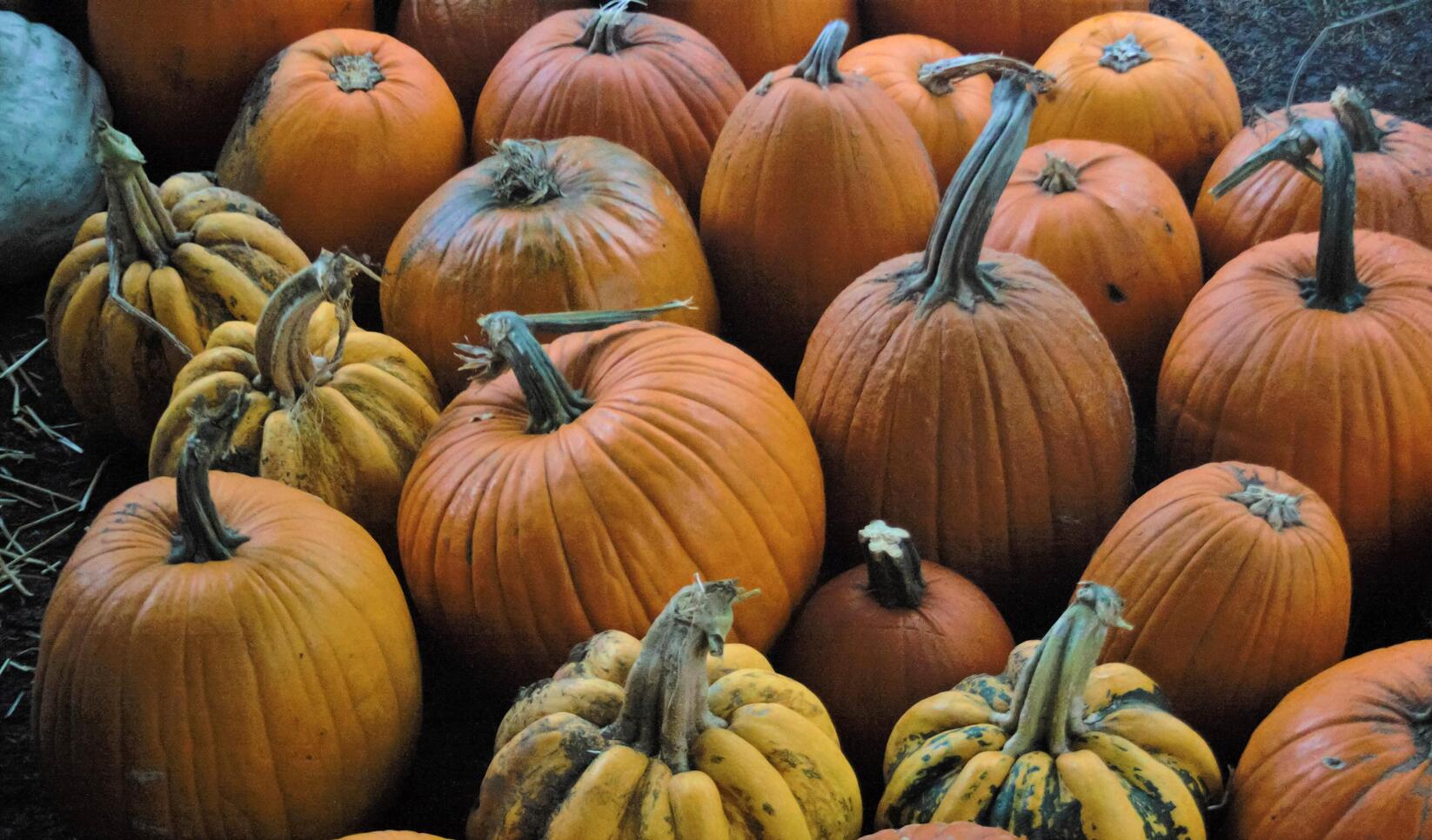 When it comes to preparing for Halloween, MCAD pulls out all the stops! With events like Karaoke, Costume Contests, Pumpkin Carving, and finally the Fall Festival, MCAD brings out its creativity and sense of community with these events. With such an abundance of creative people in one place, like moths to a flame, MCAD students are drawn to the beckoning of fall.

On Wednesday, October 20, students got to show us their craftsmanship with the symbol of Fall and Halloween itself, pumpkins! As the students scooped out the guts of the fateful pumpkins, smiles were all the rage, with pumpkin slime on their hands, and hot cocoa and apple cider in their stomachs. 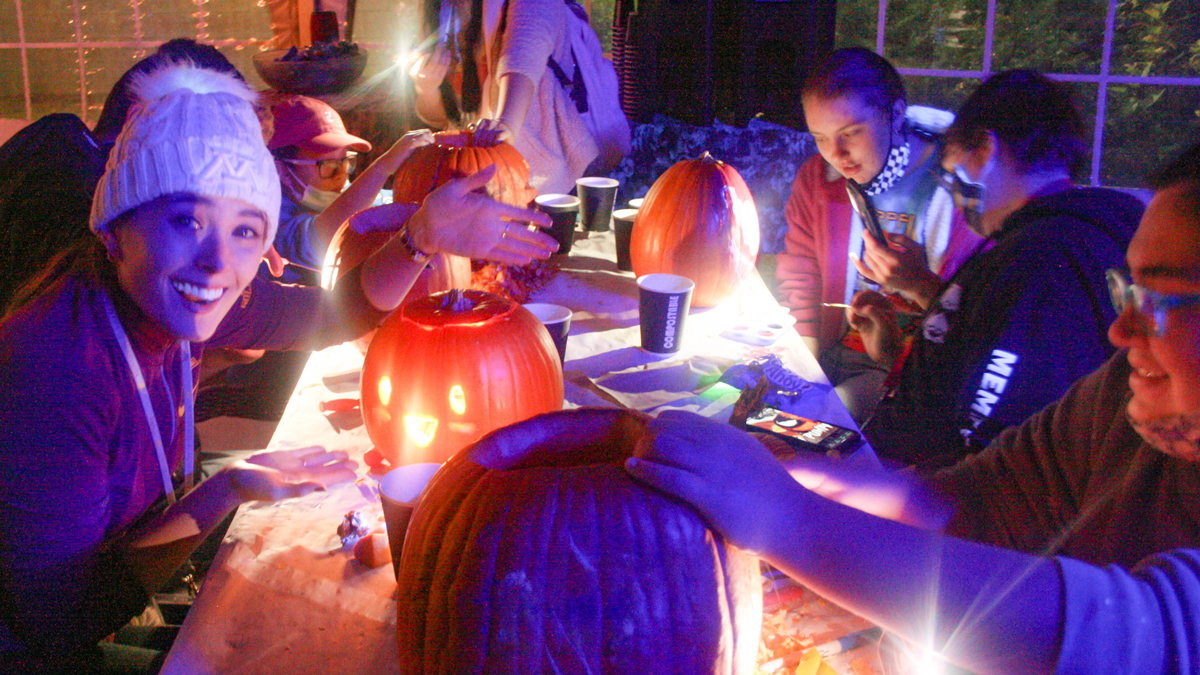 As students carved into their pumpkins, we began to see an assortment of spooky styles take place. Some pumpkins were scary, some were funny, and some were just plain cute! 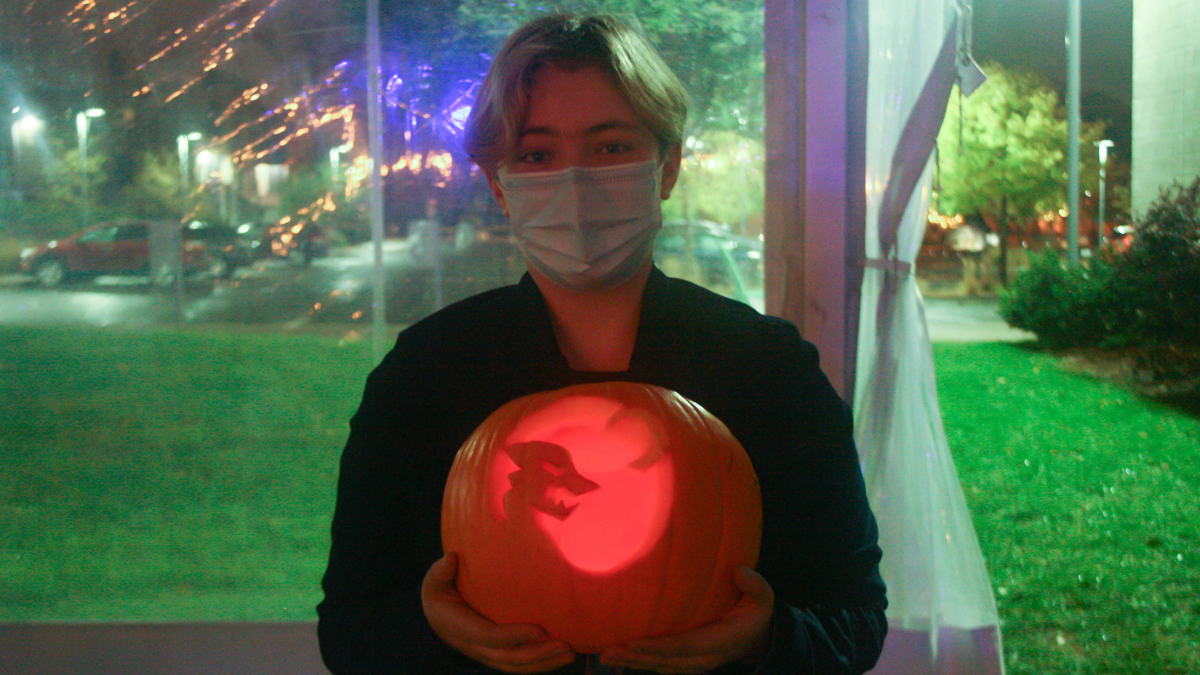 If you thought pumpkin carving was the end, you would be mistaken. This event was merely a kick-off to the MCAD Fall Festival. MCAD’s very own Fall Festival featured enormous inflatable balloons of witches, scaly creatures, and of course, a pumpkin. It also had pumpkin-hole, fog machines (and lasers), a bonfire, and of course the real reason most students showed up, free food. With fog, lasers, spooky music, fire, balloons, and free food, what college student wouldn’t show up? 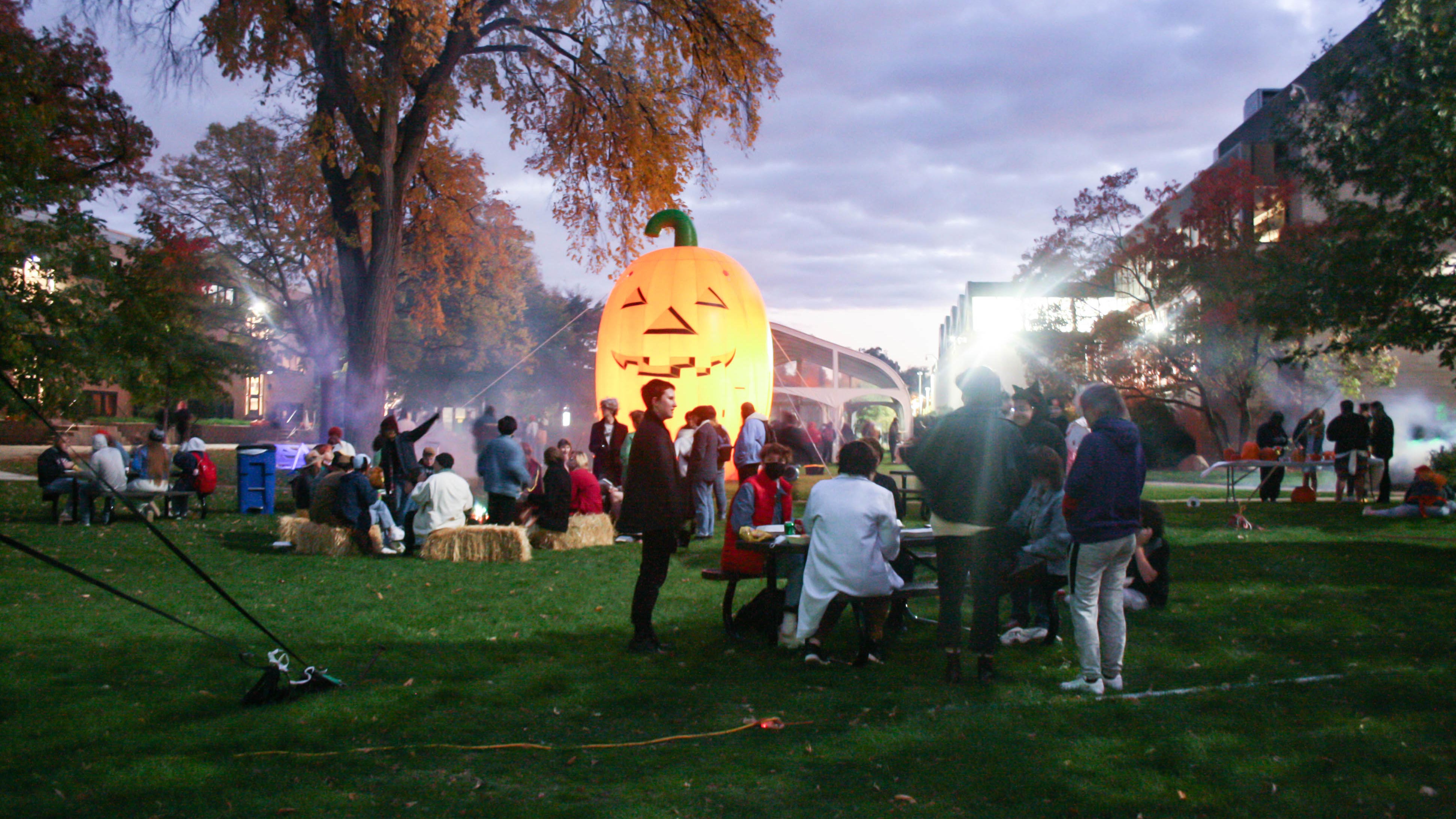 MCAD has truly worked on providing a positive campus experience this year. Thankfully both students and faculty have been able to resume in-person classes and events, and thanks to Student Affairs  and Student Housing, they have been making sure that campus stays positive. I was able to snag an interview with Ash Nichols, the Resident Assistant (RA) of Apartment Building 146 who also helped orchestrate both the Fall Festival and the Pumpkin Carving. 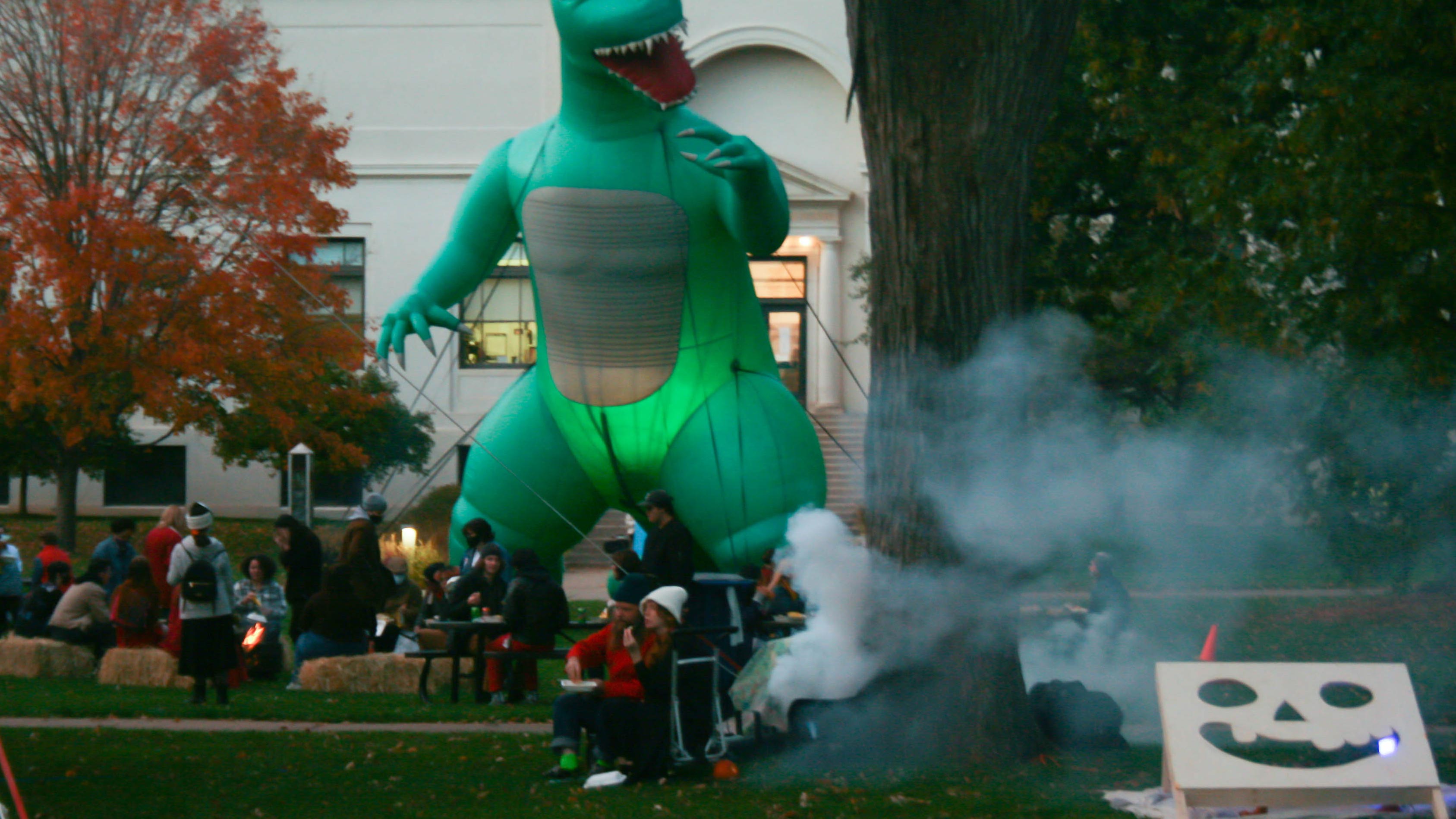 What is your favorite thing about Fall and Halloween here on campus?

“My favorite thing about Halloween/Fall on campus is seeing everyone’s creativity. Between costumes, decorations, and pumpkins carvings, it’s just a fun time to be weird and creative. This year I also really enjoyed seeing international students enjoying their first Halloween! This Halloween I’m putting a bit more effort into my own costume—me and my best friend are going as team rocket!”

What is the best thing about these student events?

“I love having these events.Not only is Halloween one of my 2 favorite holidays (close second to Valentine’s Day… judge me) but it’s such a fun way to get students together on campus. Especially since these events land right after midterms and junior reviews, it’s a good break from the busy-ness of class. These events are mostly yearly events planned by Housing or Student Affairs! They’ve become somewhat of a tradition. This year student affairs added the new Fall Fest which was inspired by an RA led event last year, “spring fest” that was a huge hit. I’m hopeful both will be new traditions along with our old favs!”

There you have it—another Pumpkin Carving in the books! It's always exciting to see all of the costumes and crazy items that the students here at MCAD create!

This year on Devil’s Night here at MCAD, mere hours before All Hollow’s Eve, a collection of shapes and beings began to gather inside room 140. A crowd of witches, werewolves, characters, and monsters slowly but surely crept their way inside. They began to congregate and compete to see just which… being… came out on top.

Halloween just isn’t the same without costumes, and thanks to MCAD, students had the opportunity to celebrate their spooky spirit. As students arrived, they presented their creativity and interests one by one. There were characters from shows, movies, fairy tales, video games, and even their minds. 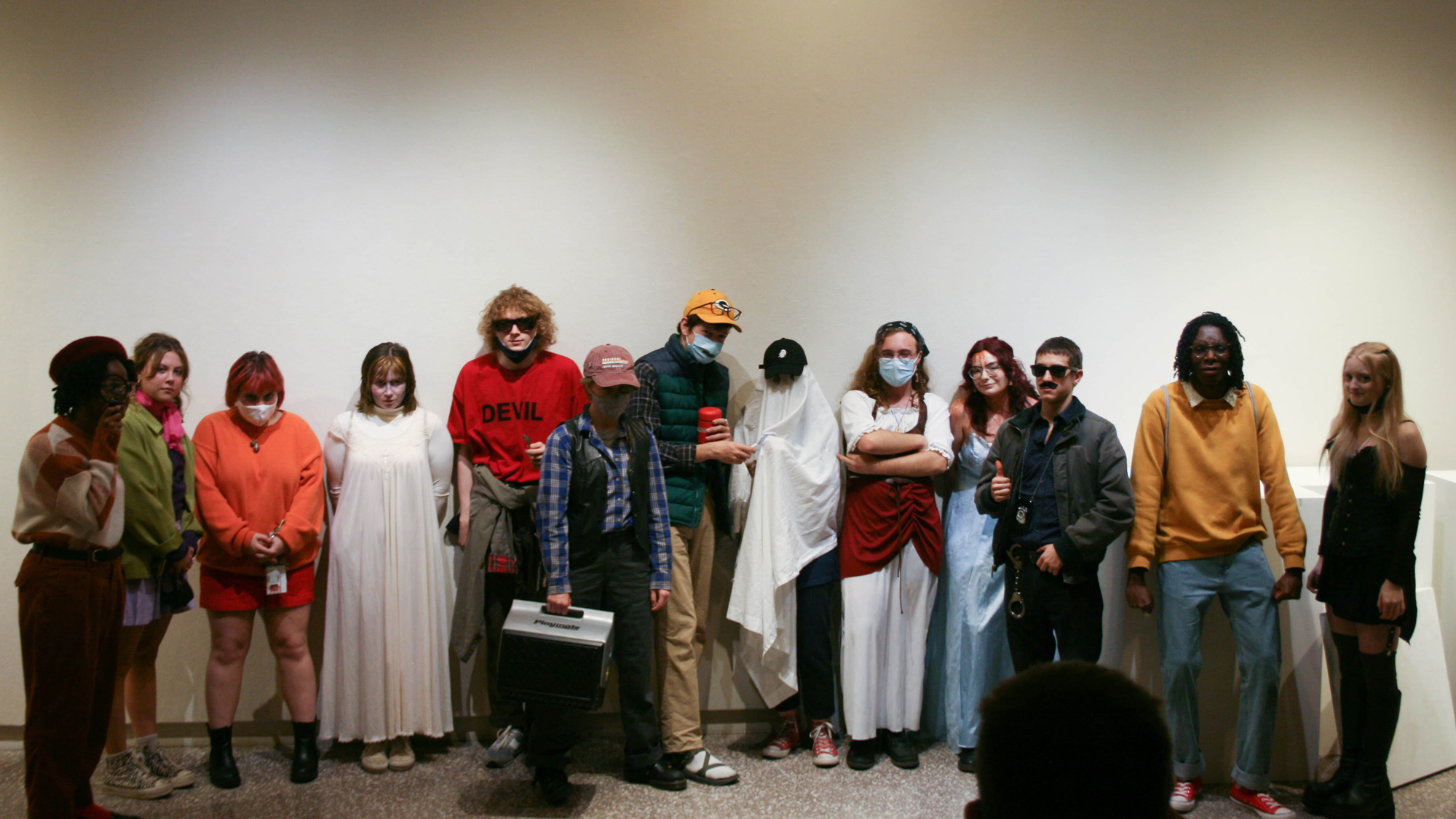 Once all of the students had arrived, a line of judges (most of them costuming characters from Scooby-Doo) took their seats at the front of the auditorium. After the costumed students took their numbers, a strangely dressed being, known as the Pottasium King, began to present the competitors one by one.

The competitors strutted in from the back of the room, met with welcoming applause. Dr. Doofenshmirtz, Jimbo Neutron, Princess Serenity, Among Us, and more walked on stage, each giving some small words before presenting their costumes to the judges and awaiting the results.

After all of the students had finished their presentations, the silent drumroll began. They lined up at the front of the auditorium to hear who came out on top. 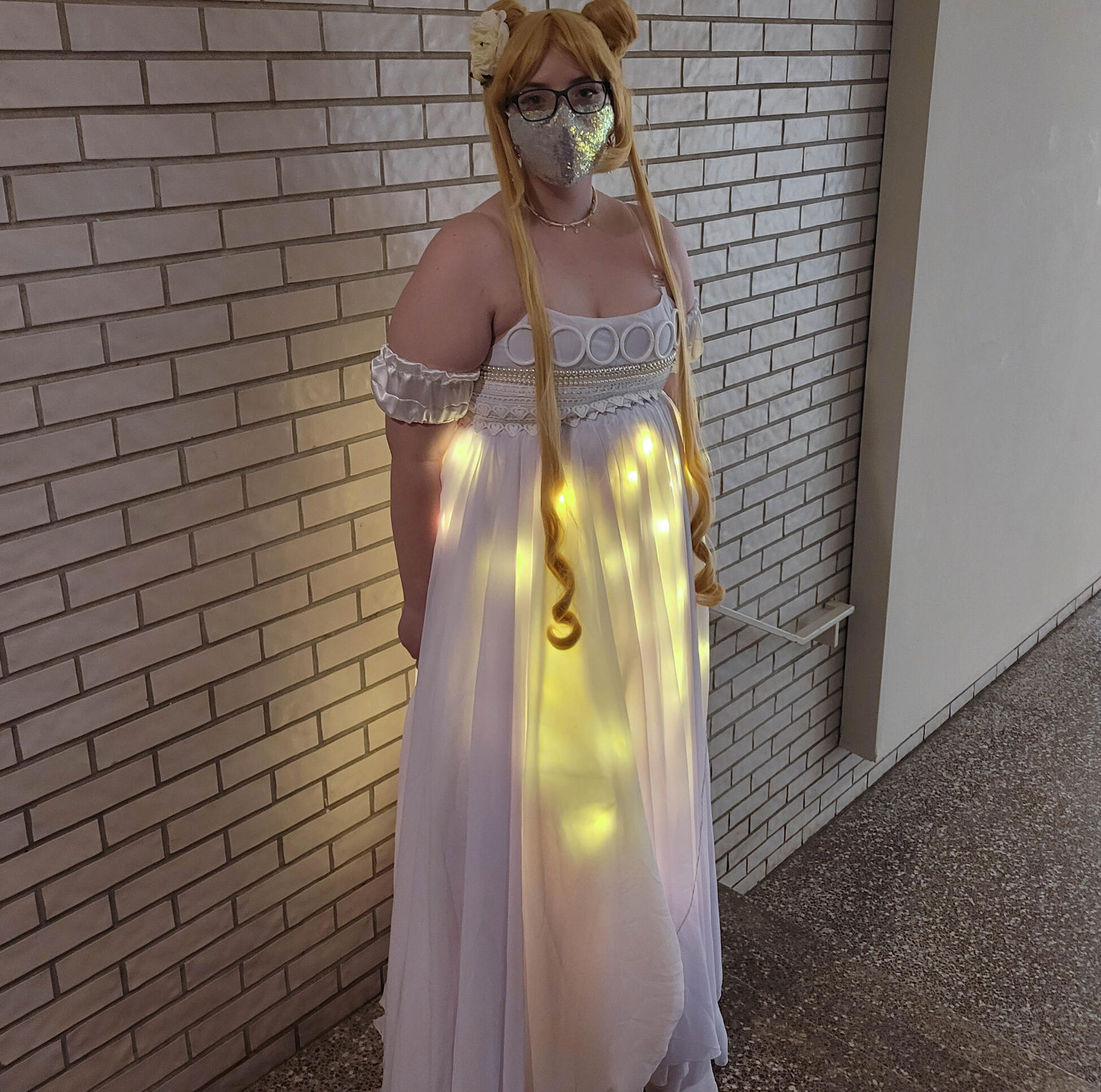 The Frog Twins as Frogs from Amphibia 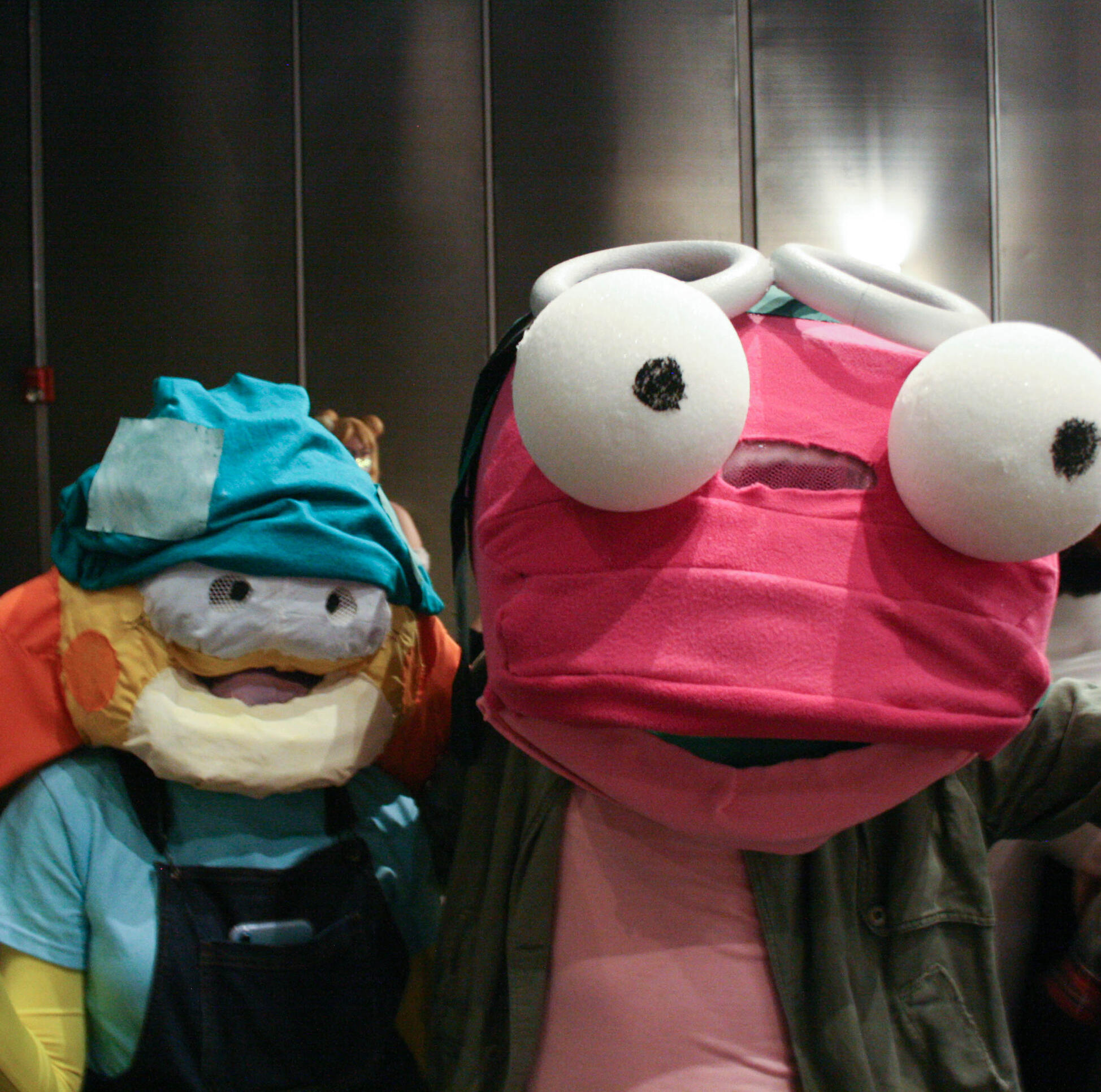 Gretchen and Kayla as The Unnamed Creation 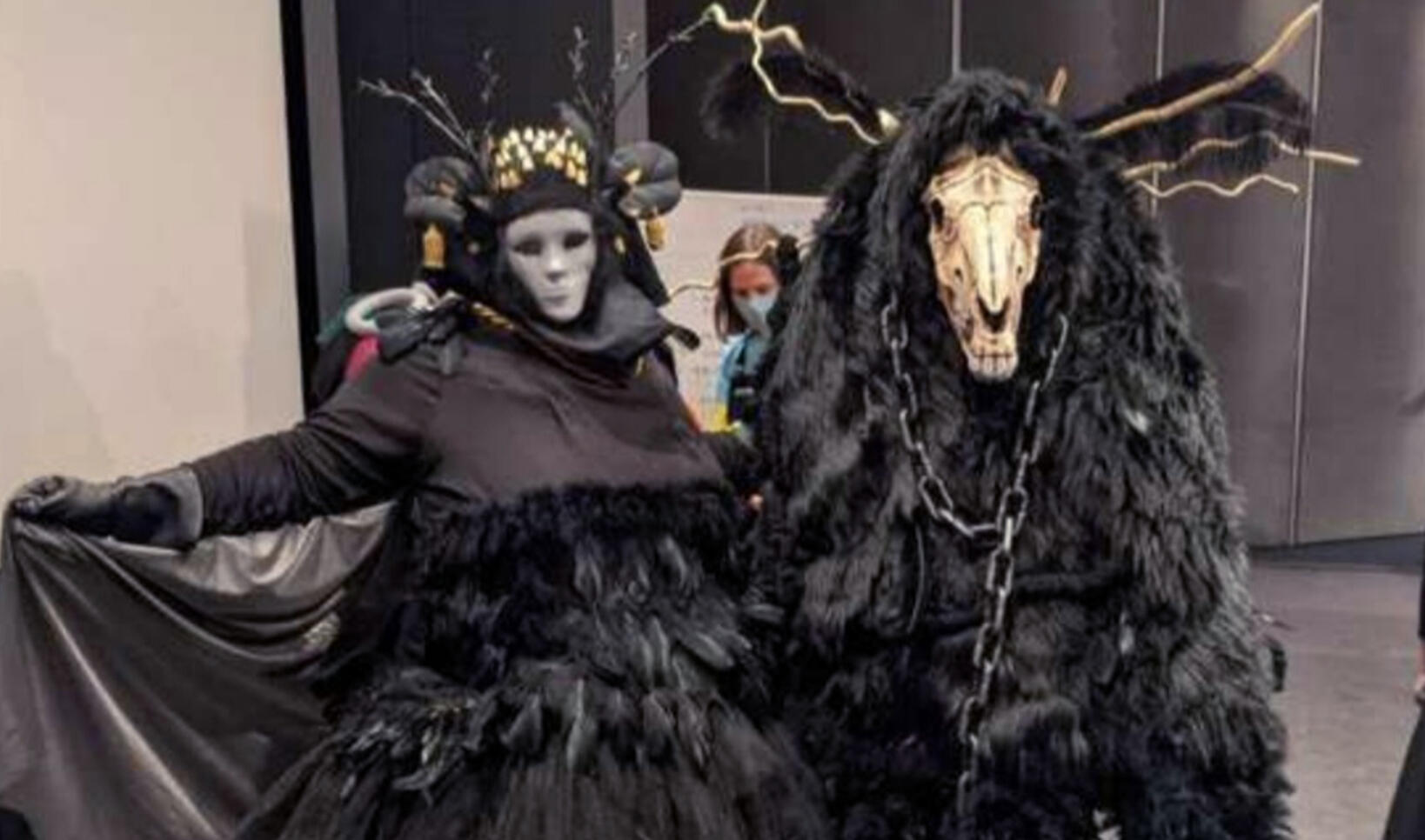