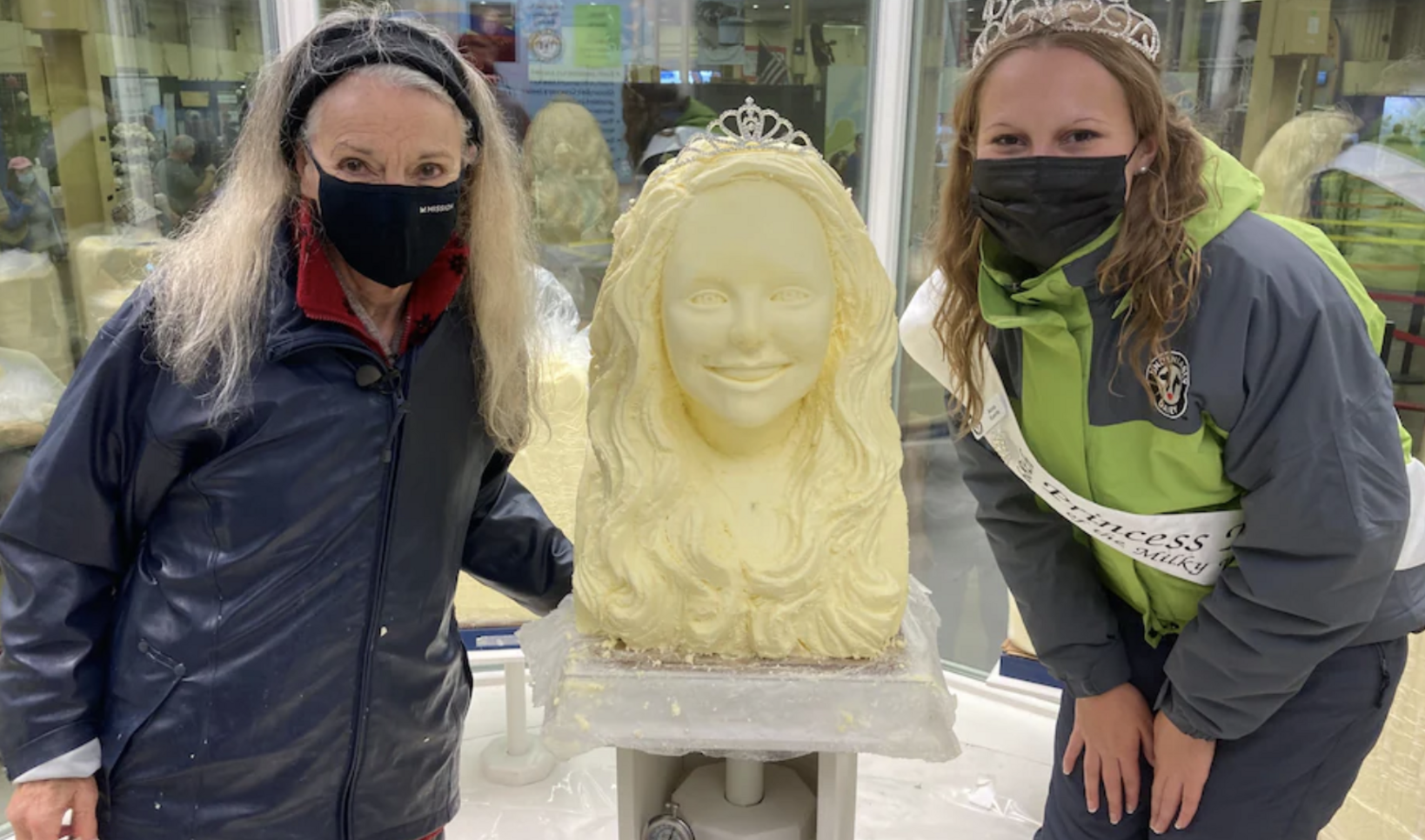 The Minnesota State Fair is a hallmark for fair enthusiasts all over the country, but for Linda Christensen ’74, the fair is much more as she has spent the past fifty years sculpting butter into busts of the fair's highly-esteemed Princess Kay of the Milky Way. Anna Euerle, this year's crowned Princess Kay of the Milky Way, had her likeness sculpted by Christensen as they both sat in the refrigerated room of the Dairy Building at the 2021 Minnesota State Fair. This year will be Christensen's last as she passes her butter-sculpting reins to Gerry Kulzer—but not without leaving a legacy behind her.

In honor of Christensen, Minnesota Governor Tim Walz declared August 27 as "Linda Christensen Day" and said, "Linda Christensen has spent five decades, in 40-degree temperatures, carving more than 550 sculptures out of 41,500 pounds of butter in front of thousands of fairgoers. [She] has impacted the lives of more than 550 young dairy leaders and countless others in Minnesota by bringing dairy farm stories to life at the Minnesota State Fair.”