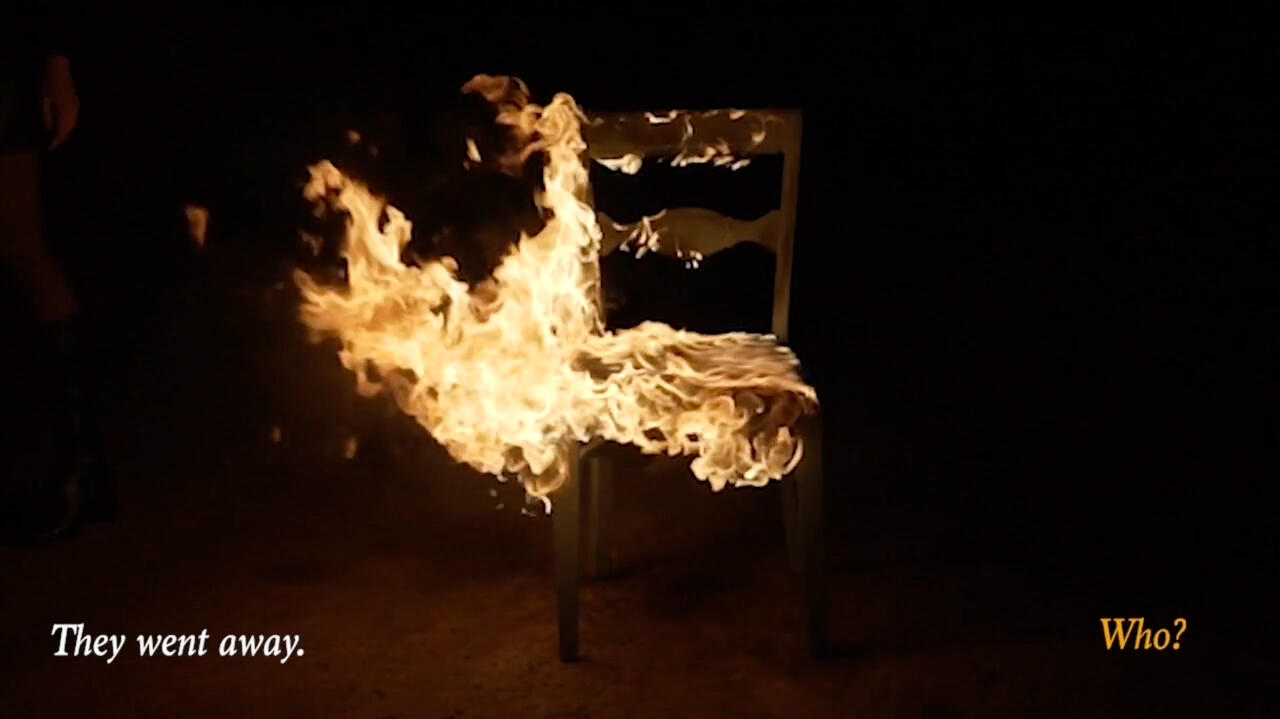 Describe the work you submitted for merits.

The work submitted was work that showed my progression in filmmaking thus far. When I started to make films I was really interested in experimental pieces and how they could be used to explore abstract narratives. To me, these films felt like the most organic way of creating, while still including the themes and ideas that I wanted to present to the viewer. These films allowed me the freedom to experiment visually and to figure out how to tell a story, or pieces of the story, with only what was on the screen. These films later influenced the narrative-driven films that included similar ideas but were explored through a character or characters in a specific situation.

Why did you decide to come to MCAD?

I was originally going to school for accounting and eventually hit a point where I realized I wasn't being fulfilled in what I was doing and didn't know what I wanted to do in my life. At that same time, I was making videos from poems and stories that I writing and they began to take up more and more of my time. After taking a semester off, I decided that I wanted to fully immerse myself and learn more about visual arts. I ended up reading about MCAD and ultimately decided to give it a shot.

What are your plans for your senior year? And beyond?

For senior year I want to continue to soak up more knowledge from people working in the industry. I have also come to appreciate the value of collaboration in filmmaking and hope to continue to work with other filmmakers in the area. For my senior film, I hope to be able to present it to a larger audience, whether that be through screenings or submitting to festivals. Overall, I hope to be able to get onto more sets with people that are excited to work on films and to learn and grow as a filmmaker.

I find a lot of inspiration through everyday moments in life. Moments like when a street light shines through a window perfectly and it makes you feel a certain way. These are the moments that I try to replicate visually in a way that feels organic. A perfect example of this, and another one of my inspirations, would be the work of Roger Deakins. The way he is able to understand lighting and use it to tell the story is something that I try to investigate myself. I also enjoy and find inspiration in films that have a close relationship to the character, almost as if we are in the space with them. Films like Spencer and Fallen Angels inspire me every day because of the closeness of the camera to the characters.

Do you have a favorite piece you've made? Describe it!

My favorite so far would be Ones In Paradise. I think that the story is one that I would love to continue to work on and grow. I love the way the film itself feels and want to one day be able to make it a larger piece.

Anything you're obsessed with at the moment?

I am obsessed with lighting, shadows, and house music right now.