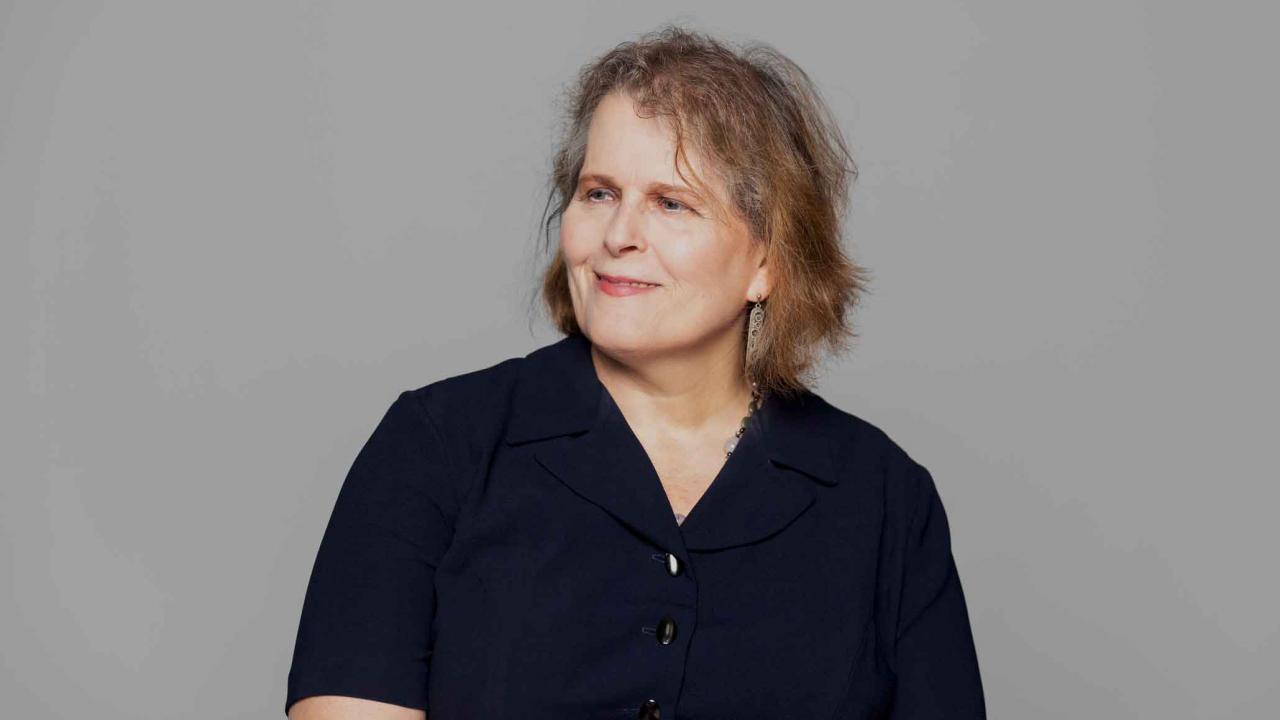 Diana Green has professionally taught grade school, high school, and college-level courses since 2000. She has shown her work at MCAD galleries, Aldrich Community Gallery, and Intermedia Arts; served on Faculty Senate from 2012 to 2014; and served as coordinator for Mechademia in 2011.

She has presented academic work at at local and national conferences, most recently the 2019 Queers and Comics Conference. Her previous publications include articles in Comics Books and the Cold War (McFarland, 2012), the End Will Be Graphic (Sheffield, 2012) and the Encyclopedia of Comics and Graphic Novels (ABC-Clio, 2010). She appeared in two issues of Gay Comics, has self-published comics, and created the first transgender comic strip in the gay press. She continues a studio practice in comics.

She loves to cook, is a carbiver for People With AIDS, and plays decent guitar.