Off the Beaten MCAD Path 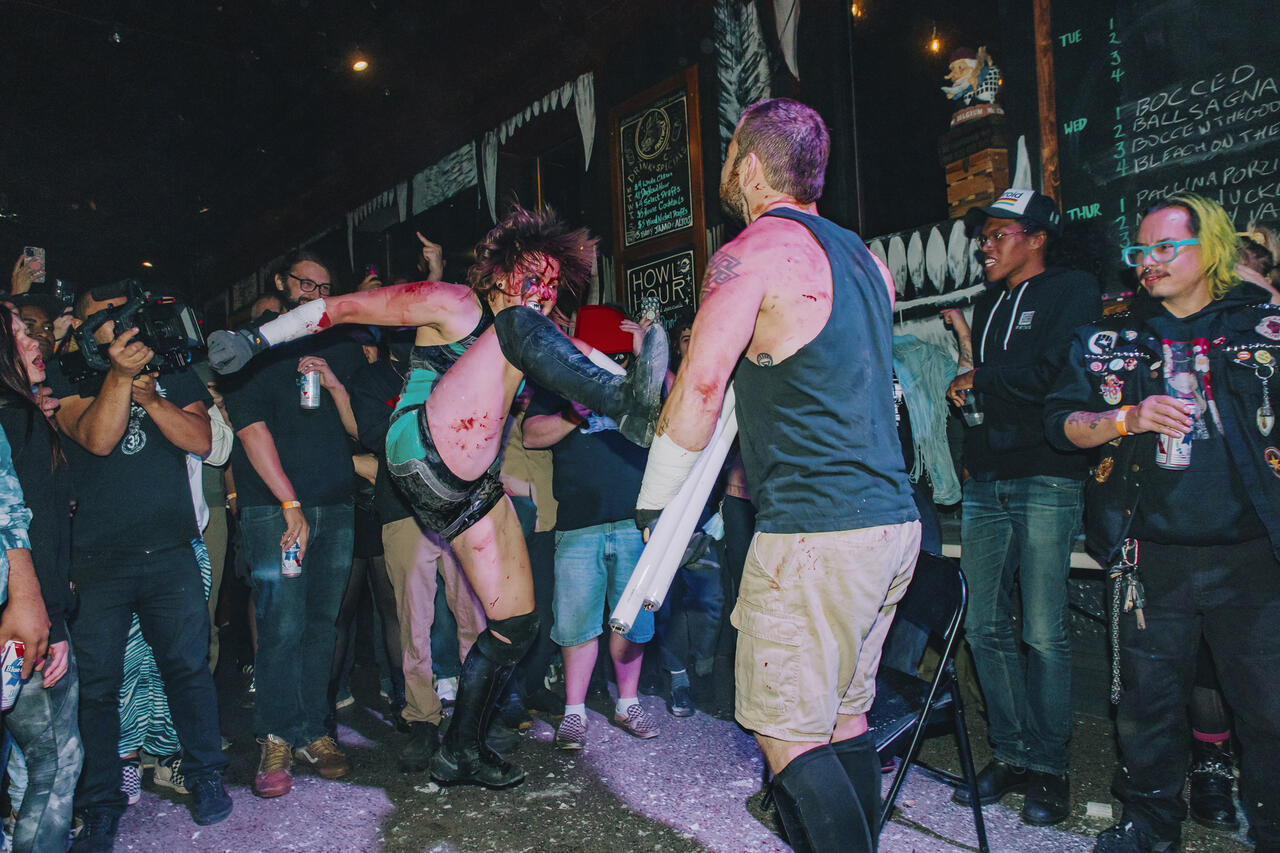 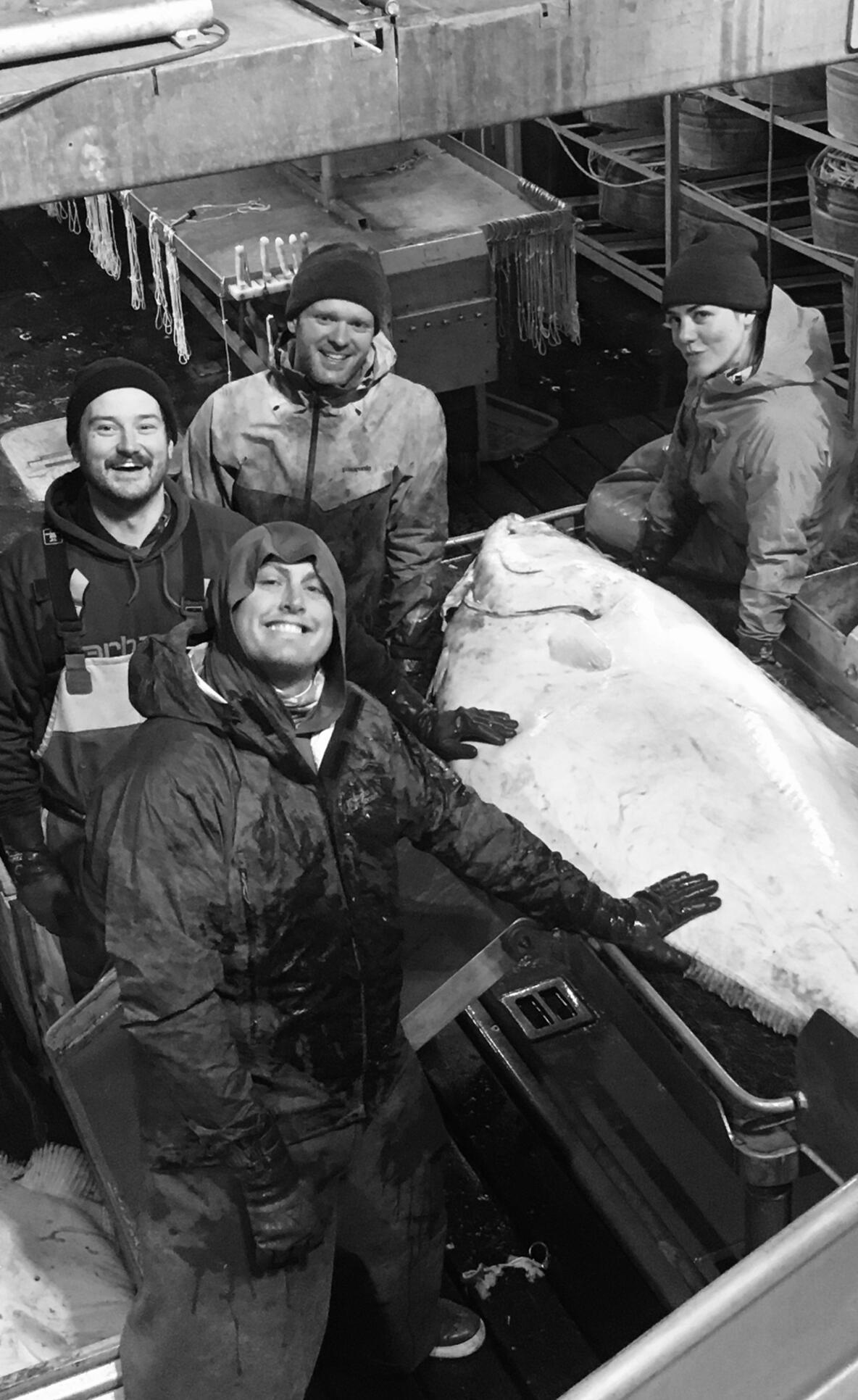 Moonlighting as a Fisher

Interdisciplinary artist Kat Miller ’16, MFA, was working at the Matthew Barney Studio in New York in the summer of 2016 and ready to get out of the city. When a friend called in need of help with the family fishing operation in Petersburg, Alaska, Miller took the bait.

A one-time sojourn has turned into an annual adventure. Miller now spends a month each year on the water in Alaska, longline fishing for cod and halibut. She is involved in every aspect of the work, from maintaining and navigating the boat to baiting hooks, setting gear, hauling lines, and dressing fish.

The experience of spending so much time on the boat has started to creep into Miller’s creative work too. She finds herself being drawn to materials like vinyl, aluminum, salt, natural elements like water, wind, and sunshine, as well as concepts like horizon, labor, gendered space, and remote or inaccessible places. She is currently working on a choreography project in the Hudson Valley that includes wave motion as a component. Thinking about Alaska, Miller says, “Looking at the same thing every day, you get a freedom from it.” 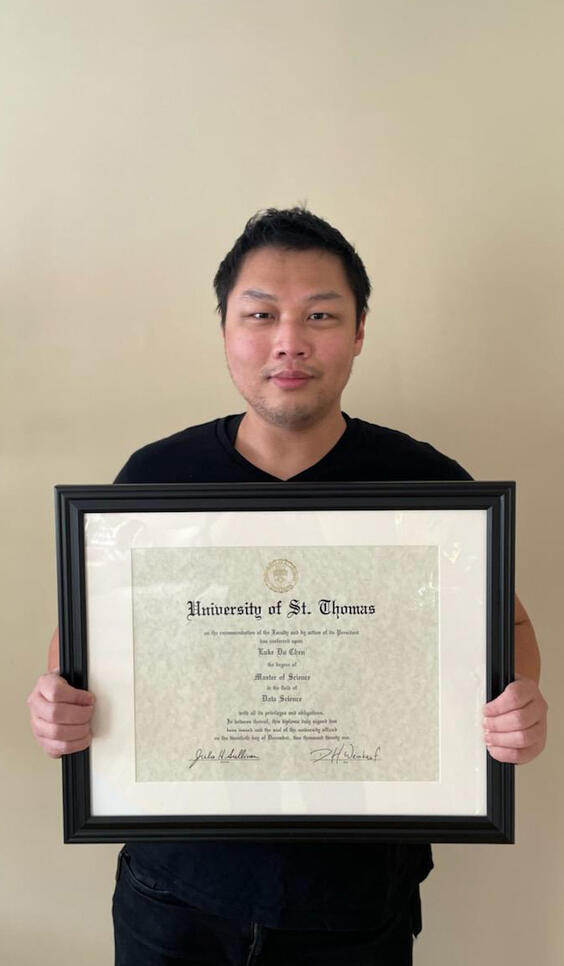 From Animation to Software Engineering

Luke Chen ’15 came to MCAD with the desire to become a video-game designer, but shifted his plans after graduation when he got a job with video- and web-design agency SEE360.

Chen saw an opportunity to pivot when clients began asking for more and more backend web development. “I thought, how far can I take this? Where can I go with having more skills in software and computer science?” This realization led Chen to get an advanced degree at St. Thomas University in software engineering and data science, and he recently started a new position at Optum, a pharmacy benefit manager and health care provider, where he has been working on cybersecurity and open-source software.

Chen’s training at MCAD is never far behind. In particular, he continually references what he learned about the creative design process. As he describes it, drafting code for how a new app might work is a natural progression from sketching how a 3D character might look, move, and behave. “Good design is something we all can universally comprehend,” Chen says. “How do we as artists figure out things as we go along, and make something on the screen believable?” 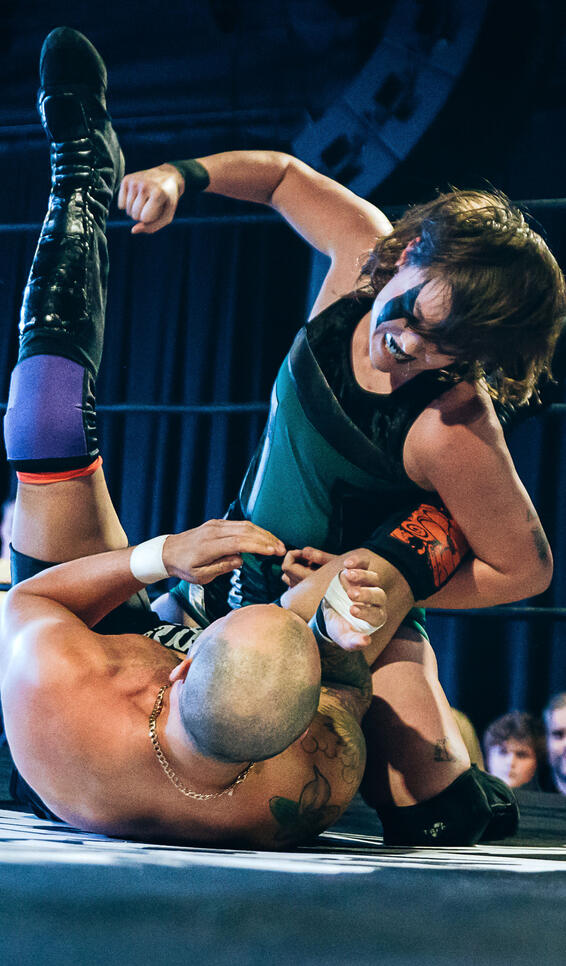 Needless to say, Carly Haack ’18 was a late bloomer when it came to wrestling. “Most people are childhood fans, but I got into it at 21,” Haack said, pointing to the influence of her friend M.S. Harness ’17, who ran MCAD’s indie wrestling club. Her new-found fandom influenced her senior project so prominently that it featured large-scale oil paintings of wrestlers and basketball players.

Haack made an even bigger leap into the wrestling world after graduation, when she enrolled at a professional wrestling school called The Academy in Brooklyn Park, MN. After eight months of intense training, she made her debut as Badger Briggs—a name inspired by Japanese female wrestlers in the ’80s and ’90s with an added nod to her Wisconsin roots.

The creativity Haack nurtured at MCAD also plays a major role in her wrestling. As she puts it, the sport functions as a kind of performance art piece or “muscle theater.” For the character’s storylines—including death matches—Haack taps into her improv skills.

Starting a professional wrestling career during COVID-19 has been a challenge, but last year Haack was making several monthly appearances at venues around the Twin Cities as well as some in North Dakota, Nebraska, and Indiana. She likens it to a touring indie band. Currently sidelined by a torn ACL, Haack hopes to be back on the circuit by July this year. No doubt that Badger Briggs will live to see another day. 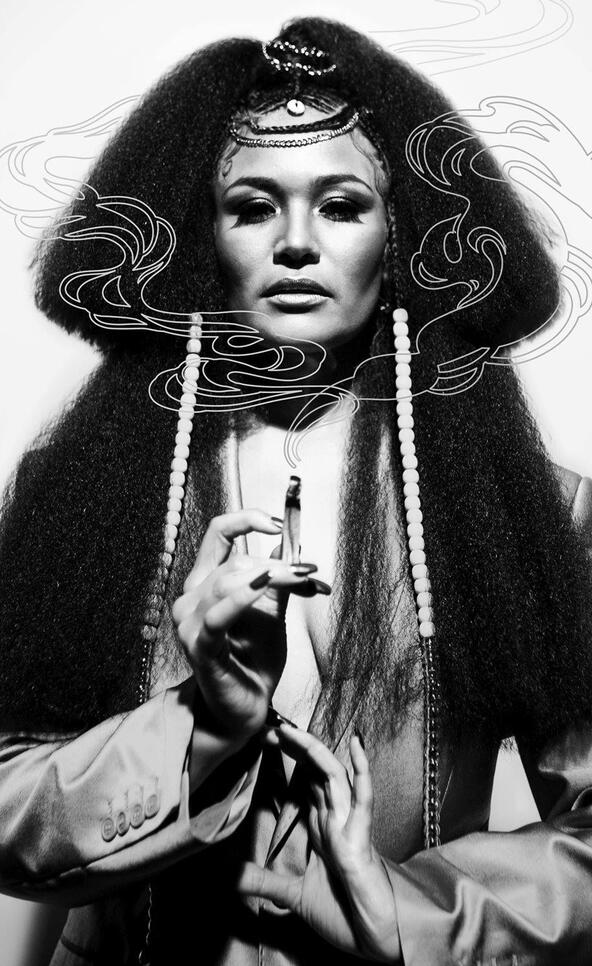 Lady Midnight is the alias of Adriana Rimpel ’09, the acclaimed Minneapolis-based vocalist and performance artist. The moniker was born in 2012, when Rimpel collaborated with former classmates Andrés Guzmán ’09 and Feng Meng Vue ’10 on the electronic arthouse project VANDAAM.

As Lady Midnight, Rimpel has released a solo album and been featured on numerous albums, working with local, national, and international electronic producers. Her live performances involve intricate sets, lighting, and costumes, whose inspiration can be traced back in part to Rimpel’s work as a photography major at MCAD. For her senior show, she created a series of installations in the form of still-life rooms, which could be seen through little holes in the wall. “I say I am an artist first, instead of an entertainer, because that is how I look at what I’m making. It’s part of a larger artistic conversation,” says Rimpel.

Giving herself the freedom to explore artistically has always been important to Rimpel. In October 2021, her work found a major new audience when the multidisciplinary artist Kara Walker commissioned her to score music for the narrative film, Prince McVeigh and the Turner Blasphemies, at a New York gallery.

The resulting piece—a shifting orchestration of marching band, ragtime, soul, Black spirituals, and rock melodies—was a departure in style, but also a natural progression. Rimpel looks to Walker as an example of an artist who also refuses to be defined by any one mode of expression. “In school, it can seem like there is one pathway and all these steps that you have to take,” she says. “Just because you start out in one thing doesn’t mean it’s your final destination. There’s no limit to who you can be while you are drawing breath on this earth.”